What Corporate Innovation has in Common with Game of Thrones 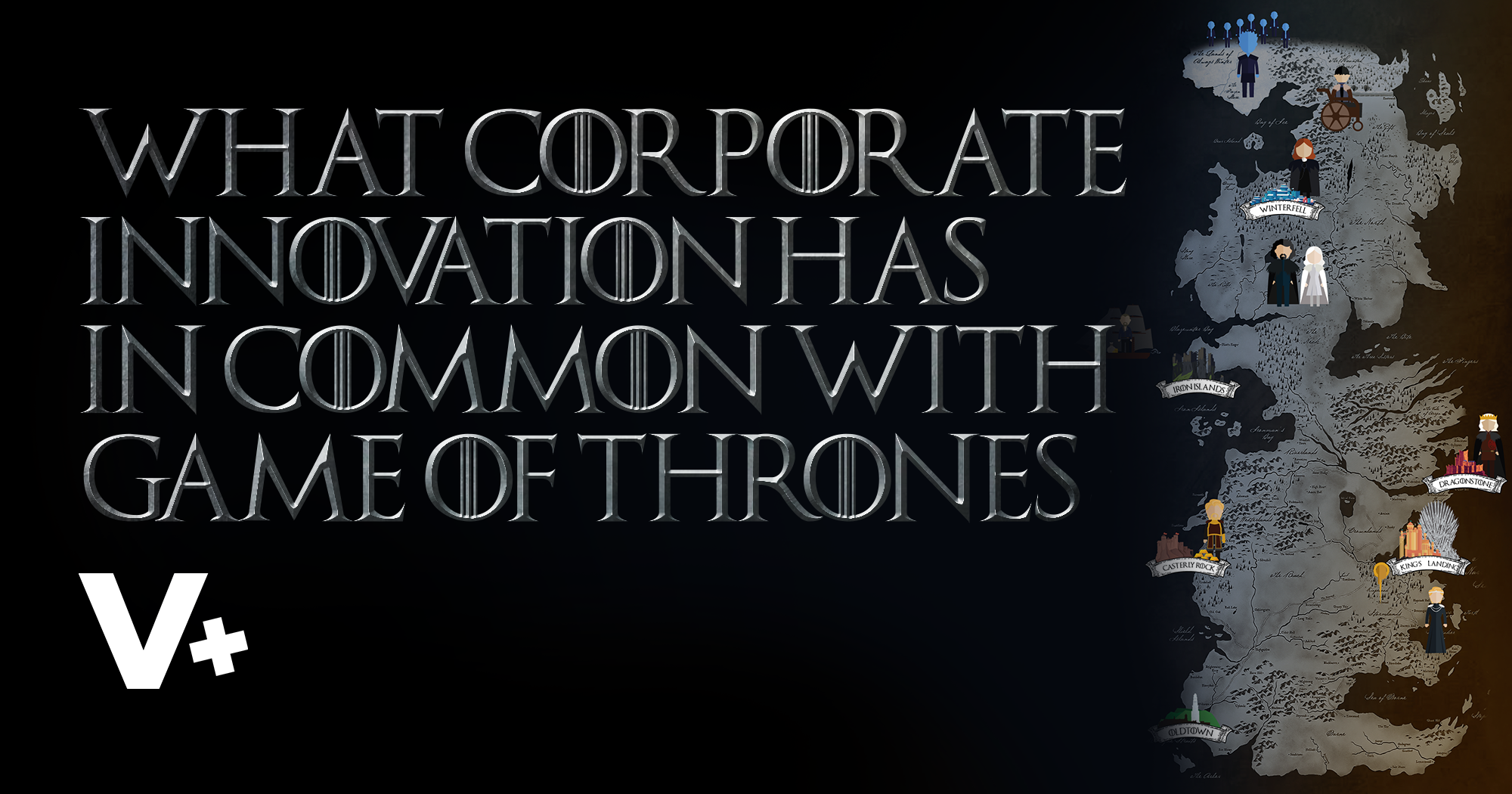 Game of Thrones isn't just one of the most expensive TV shows of all time, with this season costing an average of $15 million per episode. They have an incredibly broad fan base, and an equally as complex storyline and characters.

The TV show has won countless awards, hit the record for the most watched TV show EVER on HBO, hitting 19.3 million views. And has been the center of hundreds of fantastic memes. 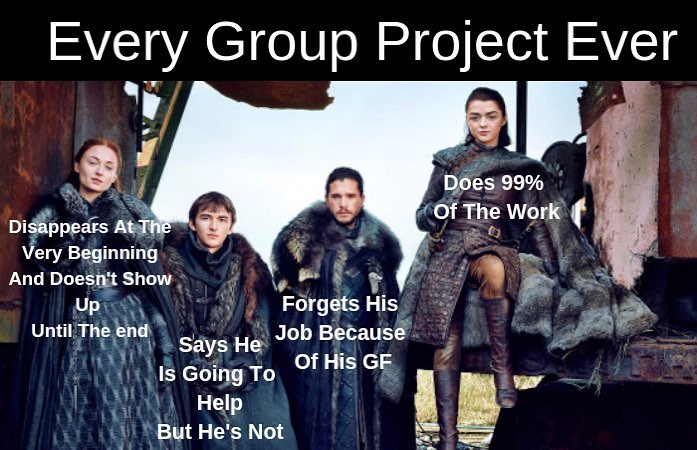 And in the Valuer office, there are more than a few fans of this action-packed TV drama.

So we have created an infographic. Not just any old boring business infographic, but a Game of Thrones infographic comparing the startup ecosystem with the hit TV show.

The only corporate innovation infographic you need to see

Tyrion's position between the Lannisters and the Dragon Queen, and torn between the South and the North. It recreates Valuer's mission - being a bridge connecting big corporations with startups.

The looming danger, unexplained mystery and uncertainty of their next move! Sounds like true competition between startups for the top spot. Because of the white walkers, the kingdom is pushed to its limit in an effort to defeat! It's the driving force of competitors that drives you to innovate.

Citizens of the kingdom can bring down the king or queen in an instance through a revolution - customers will do the same to corporations by boycotting a product or company.

Winterfell is the ultimate co-working space of Westeros! Such amazing talent pool in one space working towards one common goal. Just as startups work together and collaborate on their goal - to grow and develop.

While she is less angel like and more demonic, she invests her power in anyone that she believes could be the king. The same can be applied to angel investors - they will invest money in a startup that they believe has potential. And just as Melisandre - they do not always profit.

Euron invested in Cersei with his huge fleet of warriors (sorry Cersei, no elephants for you). But he wants too much in return, to father her child. Venture capitalists won't force you to procreate, but be sure that you will need to pay this debt somehow, and often with a huge chunk of equity.

Because of his wisdom and knowledge, Bran puts people to work. The same could be said for Universities and innovation - they are the birthplace of novel ideas and a repository of broad knowledge.

Underpaid, with no appreciation in spite of great wisdom. The Maesters are knowledgable and contribute to development. The citadel and universities are one in the same in the innovation ecosystem.

They look powerful from the outside but in reality, they are scared of change, rotten and damaged from the inside - a bad image for the Lannisters.

Unfortunately, they have a lot in common with big corporations present in the market. Good marketing can perfectly cover up lack of willingness to innovate but it won't make up for problems inside of the company.

Companies choose innovation labs and accelerators to have a proper place for exploring new technologies and collaborations. Following this description - Daenerys had her innovation lab in Essos.

The Dothraki are for Daenerys what the incubator is for a startup - they provided Khaleesi her first resources and offered a place for her to grow in power and support her activities.

Her position in the race for the throne represents the placement of the startup in the innovation ecosystem. When we met her - she was at the beginning of her road and had many interesting points of view. Besides for all citizens of Westeros - dragons are the epitome of innovation!

At the beginning of their business path, startups can also count on support from family members who help them out as solo investors. Like startups, Cersei could count on the help from her brother Jamie, who invested time, love and even dignity.

If not for solo investors - many startups would struggle to step out on the market. Without Viserys - Daenerys would have had that problem too. Only thanks to marriage she had the chance to become a powerful queen - without his help this process would become longer and more difficult.

In some cases, partnerships can help with a company's survival. This was the case for Jon Snow and Daenerys too - if they wouldn't merge their forces, The Night King would probably be sitting on the Iron Throne.

The Hand of the King provides advisory support, but in reality, can't make any decisions himself. This is the case for private equity too - they provide resources and good advice, but don't make any crucial decisions regarding the company.

Although she later becomes a powerful Lady of Winterfell, her early life is an accurate example of a failed corporate venture. The Stark family invested heavily in her education so that she could have a comfortable life in King's Landing, or even become the future queen.

Unfortunately, she ended up as a refugee with an unfavorable husband. However, she bounced back and became the successor of her own kingdom.

The mad king on the other hand...he had it all - power, the castle, and the throne, but instead of improving his role as a king, he simply rest on his laurels and became mad. Corporations that fail to innovate, just like the Mad King, will fall out of the market and die.

Influencers are an interesting creation - they have limitless influence on the market and innovation and anyone can become one. Arya is an example of influencer - she can be anyone, and her skills allow her to turn the tide.

Cersei never looked back when it came to seizing the power. She killed her husband, blew up the Sept, executed non-combatants, and much more for the throne. This sad but true image applies also to entrepreneurs who are willing to overcome all obstacles to achieve success.

The Market Leader is what the Iron Throne represents for the people of Westeros - the most desirable position. But as the last episode goes to show, not all market leaders stay on top. Just as the Iron Throne was melted into a useless pile of metal, so too can a market leader be reduced to nothing.

The small council is similar to the R&D department in a corporation - they look for areas of improvement and set the direction for a corporations development.

The rebirth of the Dragons' boosted innovation in the warfare industry - new weapons were necessary to kill them. That's what innovators do - new technologies lead to new inventions and industries.

Game of Thrones and lessons on leadership

The TV show provides countless examples of the highs and lows of leadership. It shows us what happens when you fail to collaborate with your peers *cough* Cersei *cough* and the success that comes when you continue to persevere.

Yes, Danny turned out to be crazier than anticipated. But her journey, before the unfortunate incident (if you can even call it that) at Kings Landing, was a perfect representation of a persistent and strong leader.

She struggled and had her fair share of downs. But through it all she gained a powerful army, similar to a great team in a company, and quite literally soared to the top.

Sticking to your values

While you (probably) won't get beheaded or paraded through the city naked, as a founder you need to stick to your values, or consequences will follow. Your values will shape you in your future career and leadership style.

If Game of Thrones showed anything, even in the last two series (yes we know they weren't exactly well-received), it is that leadership is a complex and difficult role to fulfill. It requires a lot of strength, persistence, and teamwork.

And as you grow and overcome the challenges that all leaders are faced with, your strength and ability to make crucial decisions will also improve.

Cersei didn't understand what it truly meant to be a leader as she was never on the field. And on the opposite end of the spectrum, Jon Snow grew to become a strong and respected leader as he, as a matter of speech, got his hands dirty.

The same stands for good leaders, you have to be hands-on and you have to experience things first hand.

Adrianna is a motivated graphic designer at Valuer. She is a native Pole who moved to Copenhagen in 2017 to study Biomedical Engineering at the Technical University of Denmark.

Corporate Innovation has never been that important as it is now. The article outlines some insightful facts about corporate innovation.

Innovation will always be a crucial part of any business. Our latest corporate innovation round table gives features innovation experts and influencers.

The Key to Becoming Data-Driven as a Corporate Business