What is the Metaverse? Just Another Buzzword?

Ever since Facebook announced its rebranding to Meta, everyone seems to be talking about the metaverse. Thanks to the Facebook metaverse, the term has unexpectedly become the most popular in the IT world, and every investor now wants a piece of it.

However, everyone appears to have their own interpretation of the word and no one really knows how to answer this question: What is the metaverse? What’s the connection with video games? Is it just another buzzword? And how can you take advantage of it for business purposes?

Actually, the metaverse has been popularized by Fortnite and Roblox  (ie. metaverse champions) and the concept itself is actually decades old. In this article, we’ll take a look at the metaverse definition and try to break it down—what it means, what’s the current status, and what we can expect in the future.

What is the metaverse?

The initial form of the metaverse, known as cyberspace, may be found in William Gibson's Neuromancer, the novel that established the cyberpunk narrative back in 1984. Here, cyberspace refers to the visualization that joins all of the world's databases and computers. In a nutshell, it's a virtual reality equivalent to the internet that conceals a slew of risks.

The name “metaverse” appeared a bit later as well in his 1992 novel Snow Crash, where Neal Stephenson notably created the word "metaverse," This refers to a 3D virtual environment that’s populated by avatars of actual people. Similar universes may be found in a variety of other science fiction genres. However, alongside Ernest Cline's 2011 novel Ready Player One, Stephenson's work remains one of the most popular references among metaverse fans. 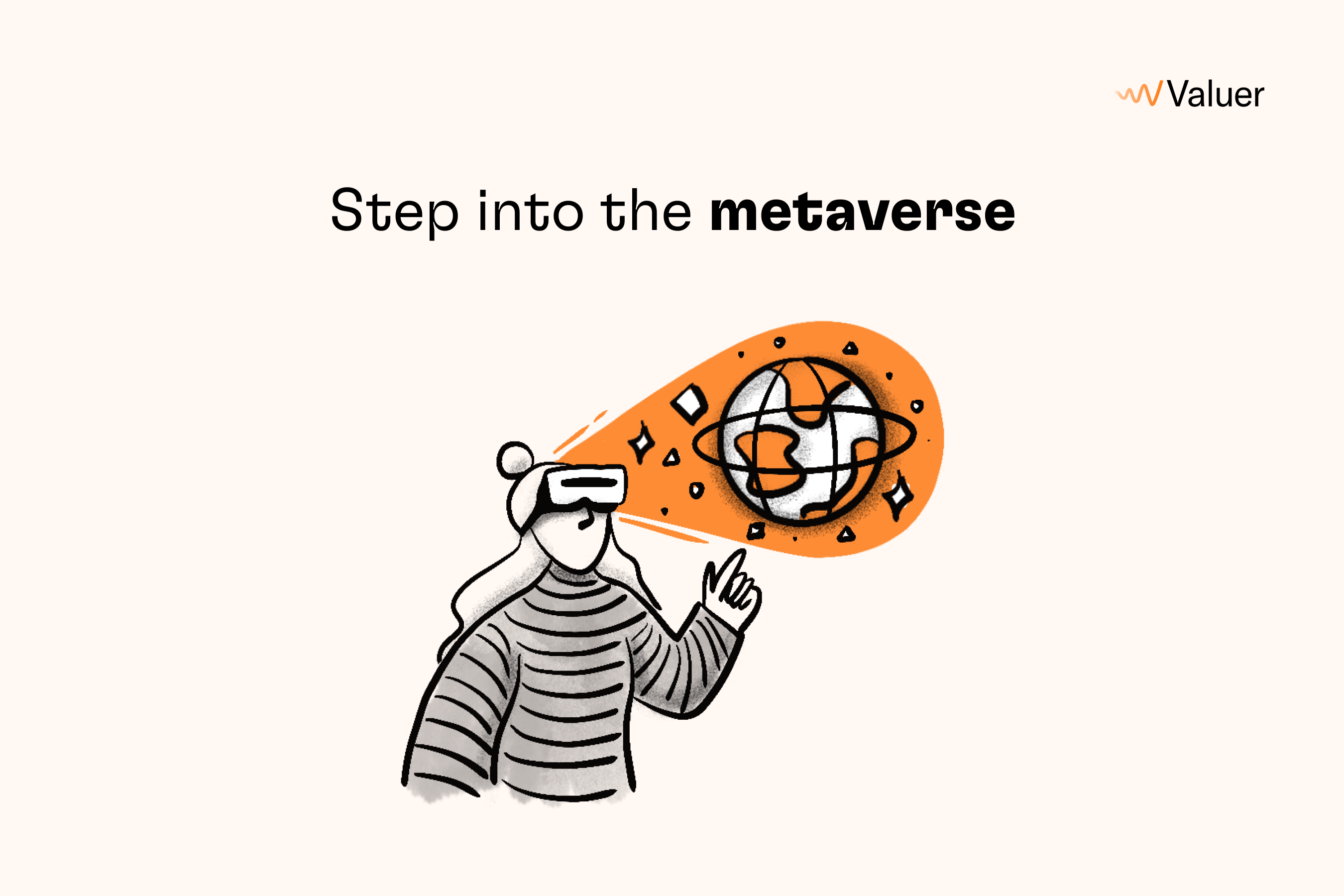 However, how can we translate these events into what’s happening today? Let’s see this metaverse definition by venture capitalist Matthew Ball, who wrote a book called The Metaverse–

“The Metaverse is a massively scaled and interoperable network of real-time rendered 3D virtual worlds which can be experienced synchronously and persistently by an effectively unlimited number of users with an individual sense of presence, and with continuity of data, such as identity, history, entitlements, objects, communications, and payments.”

As this metaverse definition could sound a bit too complex, Ball explains it further. According to him, the metaverse isn’t the same as virtual reality (VR). VR is just one of the ways you could enter the metaverse.

The metaverse is a collection of experiences and applications, technologies and services, resources, and architecture, similar to the internet. Some experts say that the metaverse will be the next internet, and that’s probably the most simple way to describe it.

To get a better understanding of what the metaverse is, let’s see some references from today’s pop culture.

The film depicts Washington, DC in the year 2054, where murder has vanished. Criminals are condemned before they violate the law, and the future can be predicted. The Ministry of Justice's full-time crime prevention team is in charge of understanding all criminal evidence—from indirect photos to time, location, and other details—all of which are assessed by "predictors." Minority Report's computers use an artificial reality based on movements, sparking several attempts to design the sort of user interface we'll need to be able to navigate the metaverse without a keyboard.

Tron is the story of Kevin Flynn, a videogame developer who is transferred into the computing universe where he meets a security program. Tron was an intriguing look at how computers may build a metaverse from a 1982 perspective. It looked like a prototype for what this virtual world may look like and what it could entail for human interaction. Tron also does a good job of demonstrating how human-AI interaction may be a key component of the metaverse.

The film also has a sequel called TRON: Legacy 2010, which was released in 2010. The 30-year difference presents a remarkable comparison in the shifting perspectives of cyberspace, despite the narrative lines being similar.

Avatar examines the planet of Pandora by immersing humans in a virtual reality representation of the Na'vi's bodies and thoughts. The Na'vi are a highly intelligent species capable of feats beyond human intelligence while living in a poisoned environment. The ability to transfer a human's mind into some other creatures looked incredible. Avatar delves into this idea while also demonstrating the potential of AR and VR technologies.

The Matrix story revolves around Neo ("The One"). He challenges the totalitarian computer rulers of the Matrix, a virtual environment in which everyone is interconnected from birth to death. The Matrix spans a lot of material, delving into a slew of existential questions as well as the possible future that involves AI and VR.

Ready Player One is a science fiction film set in 2045 that centers on the OASIS virtual platform. While the actual world begins to decline, Wade Watts embarks on an OASIS quest for the treasure left behind by OASIS's dead founder, James Halliday.

Ready Player One is the clearest illustration of what many modern conceptions of the metaverse may look like. It’s realistic and has permanent digital environments populated by people from all over the globe. This gives users an endless number of options, including education, jobs, and pleasure.

Massively Multiplayer Online Games (MMOs) take the fundamentals of roleplay games and extend them across vast realms populated by innumerable players. MMOs have the goal to motivate us to be sociable, regardless of whether we're delving into caves, selling products in a market, or plotting the demise of our rivals. 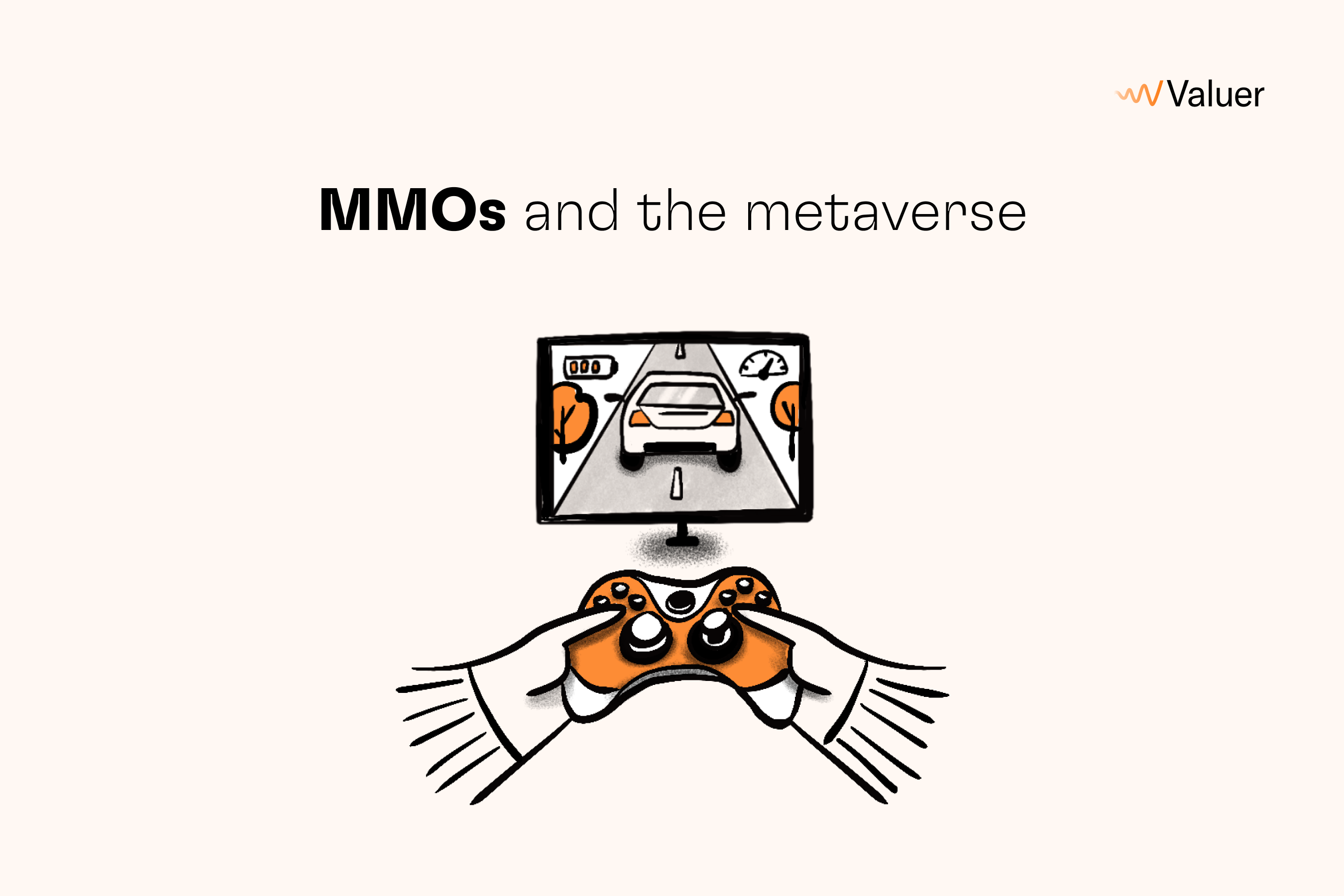 There are several games that paved the way for online roleplaying, providing the groundwork for all others to follow. These include Ultima Online (1997), Anarchy Online (2001), EVE (2003), World of Warcraft (2004), and many others. While some of these worlds have faded with the passage of time, their impact continues to influence the genre.

According to Matthew Ball, Epic Games is ahead of the game in terms of developing the Metaverse with Fortnite. Despite the fact that Fortnite's introduction into the Metaverse was entirely by chance, the game industry has been debating the feasibility of establishing one for years. For this purpose, Epic Games has secured $1 billion from investors to assist in funding its long-term metaverse development objectives.

Another major player is the game platform Roblox, which describes the metaverse, or rather Roblox metaverse, as a place where "people can come together within millions of 3D experiences to learn, work, play, create, and socialize."

The experiences of a Hero Protagonist is that of a hacker who discovers the secret of horrible spyware that can infect users of the metaverse, causing brain damage in real life are chronicled in this novel.

The word "metaverse" was used to describe a notion that had previously been referred to as "cyberspace." The word was originally used in William Gibson's short Burning Chrome in 1982, but it was popularized by his novel Neuromancer in 1984.

“A consensual hallucination experienced daily by billions of legitimate operators, in every nation . . . a graphic representation of data abstracted from banks of every computer in the human system,” Gibson writes in Neuromancer.

Ready Player One by Ernest Cline

The OASIS, the book's principal location, sounds like a digital paradise. It's a fantastic virtual reality world where gamers can travel anywhere, do anything, and be anybody they choose, free of most of life's constraints — it's the internet's entire promise realized. But, the OASIS is revealed to be polluted at its heart by corporate avarice, with individuals vying for absolute ownership of the universe and already exerting substantial influence over how users interact with it.

Who is building a metaverse?

As you can see, the vision of the metaverse has existed for a long time. Both engineers and sci-fi writers have been dreaming of it. The first images of a metaverse came at a time when the world didn’t have the technology for such a thing, but things have changed now, and we might be seeing many different versions in the near future.

Many enthusiasts even claim that Fortnite is the closest thing to a metaverse right now. Fortnite is a survival game developed by Epic Games in which 100 players are dropped onto an island and compete to be the last person remaining while a storm closes in around them, driving everyone closer together. It’s a battle royale game similar to that of Call of Duty’s Warzone.

Fortnite was initially published in 2017, but it's become a worldwide phenomenon with over 350 million registered players and upwards of 15 million of them logging in at the same time.

People are bored with how the Internet works now, according to Epic Games CEO Tim Sweeney. He claims that the Internet's social media age, driven by Facebook's Mark Zuckerberg, has isolated commerce from the broader public, crowding people together and steering them to company-selected objectives rather than permitting unfettered inquiry. Sweeney envisions the metaverse as a vast, digital public area where people may freely interact with companies and one another in ways that promote self-expression and delight.

Roblox metaverse or their Metaverse Champions is attempting to create a virtual world that is comparable to our physical world. Roblox CTO Dan Sturman outlined how the business hopes to do so by developing a Roblox metaverse that caters to players' requirements. The platform aims to provide its users with tools that promote a secure environment while also allowing them to maintain connections in the same way that they do in real life.

Meta, formerly Facebook, has previously made considerable investments in VR, including the takeover of Oculus in 2014. Meta describes a virtual world in which digital avatars interact via virtual reality headsets for business, travel, or leisure. Zuckerberg is a strong believer in the metaverse, thinking that it has the potential to replace the internet as we know it.

With its Microsoft Mesh network, the software giant is building mixed and extended reality (XR) apps that integrate the physical world with AR and VR. Microsoft also demonstrated its intentions to add mixed reality to Microsoft Teams in 2022, featuring holograms and digital avatars. The company also plans explorable 3D virtual linked areas for retail and offices for next year.

In November 2021, Unity announced that it had acquired Peter Jackson’s VFX studio, Weta Digital, for over $1.62 billion in cash and stock. Unity's toolset and skill for 3D content development will be bolstered when it joins the metaverse wave. A staff of 275 engineers, a suite of tools ranging from renderers to physics simulators, a data platform, and a big library of WetaFX assets are all part of the deal. 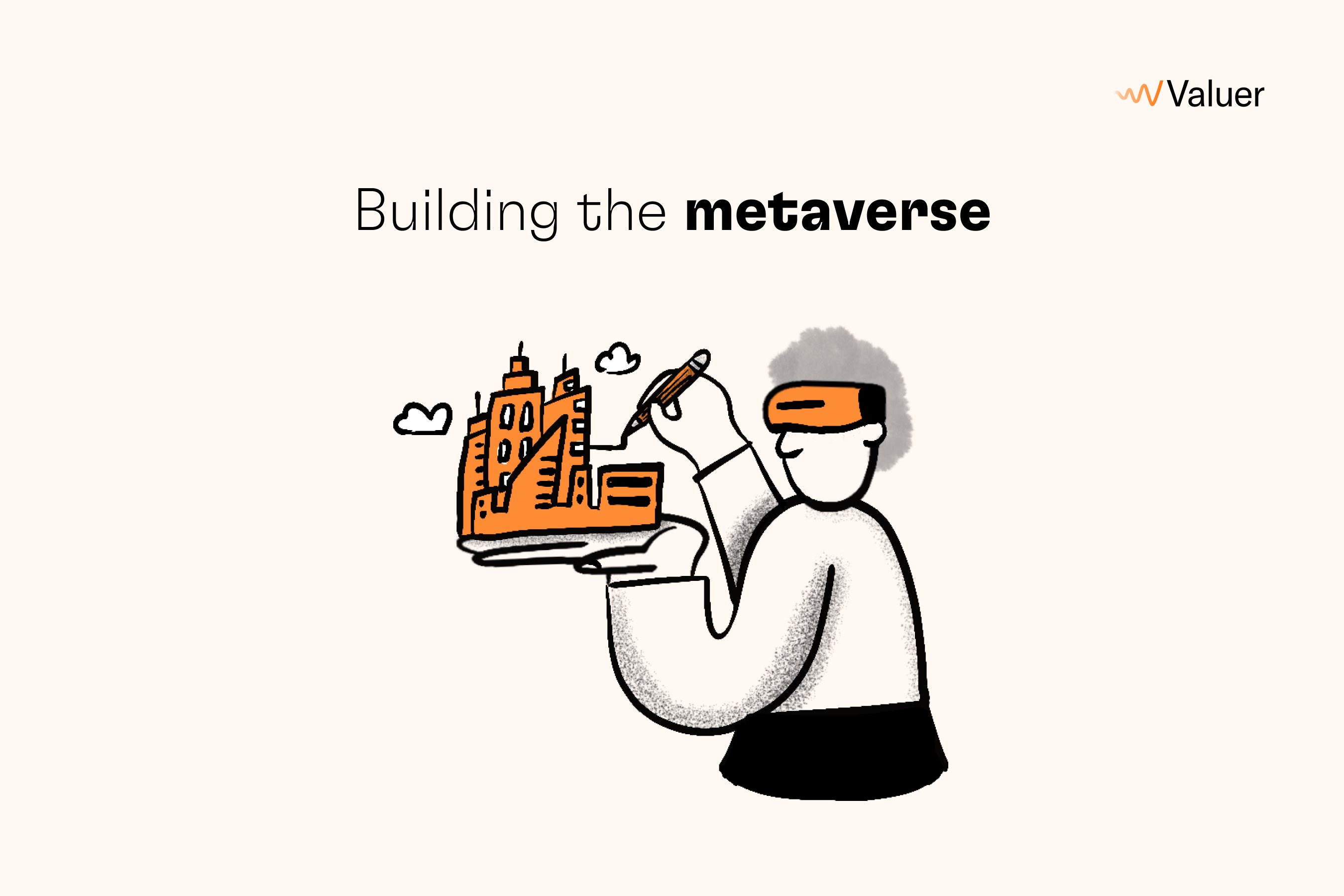 Unity is going to double down on creating purpose-built solutions for its simulation customers, allowing them to simulate the actual world by modeling settings with many sensors, avatars, and agents for substantial performance benefits at cheaper prices. This, according to the corporation, will assist its clients in taking their initial steps into the industrial metaverse.

What does the future look like for the metaverse? Is it just a buzzword after all?

Mark Zuckerberg predicts that the metaverse's primary capabilities will take five to ten years to become ubiquitous. However, certain features of the metaverse are now visible. Even if they aren't available to everyone, ultra-fast internet rates, virtual reality headgear, and always-on online environments are already available.

Companies currently want to be one step ahead and want to be among the first ones to hop onto the metaverse bandwagon, laying claim to a brand new virtual world before the framework for it is even entirely constructed. While aspects of Stephenson's metaverse concept will continue to appear in a variety of online realms, it's unlikely that we'll ever live in a single, independent VR metaverse, however, our near metaverse reality is far from just a buzzword. 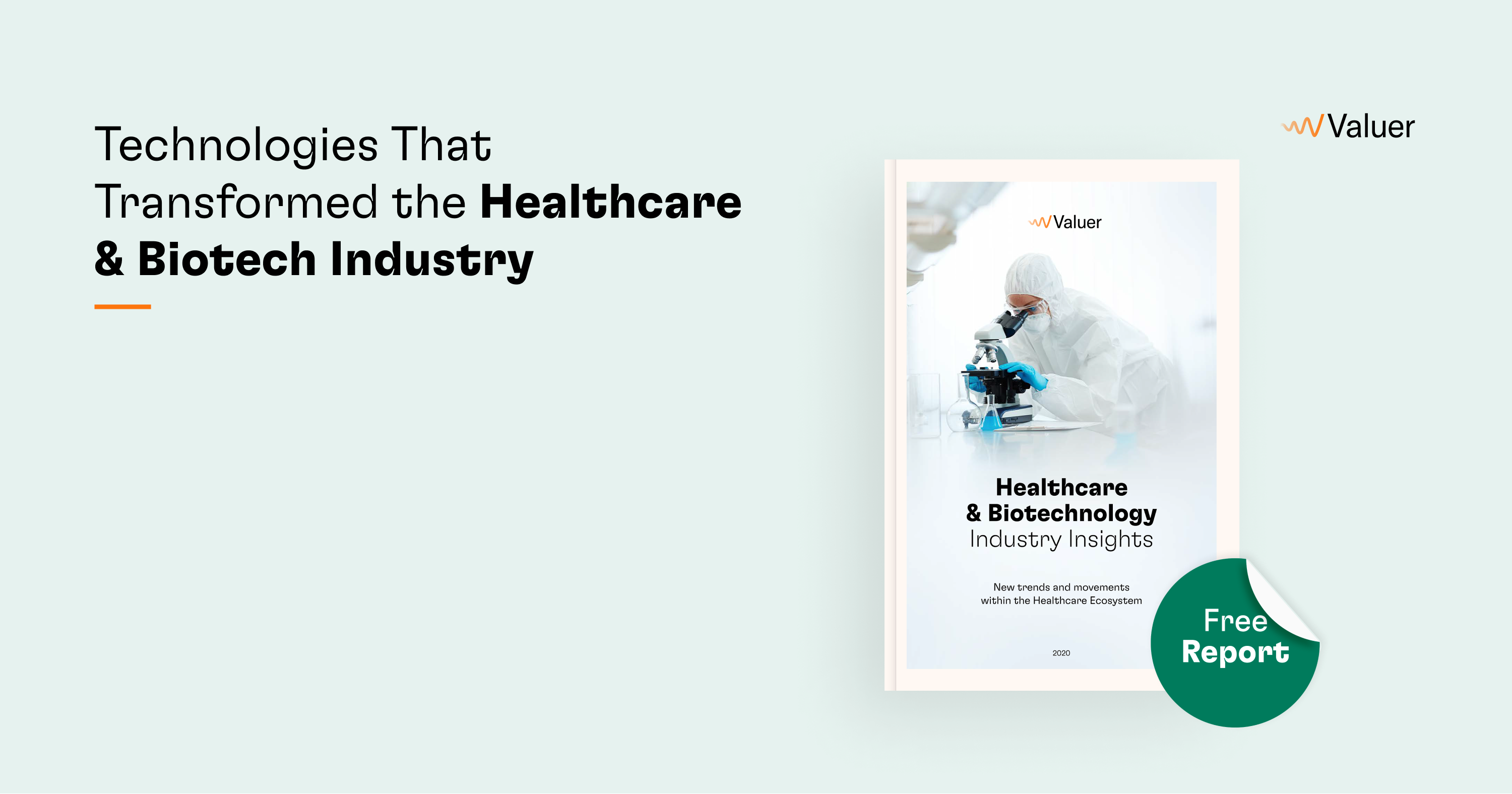 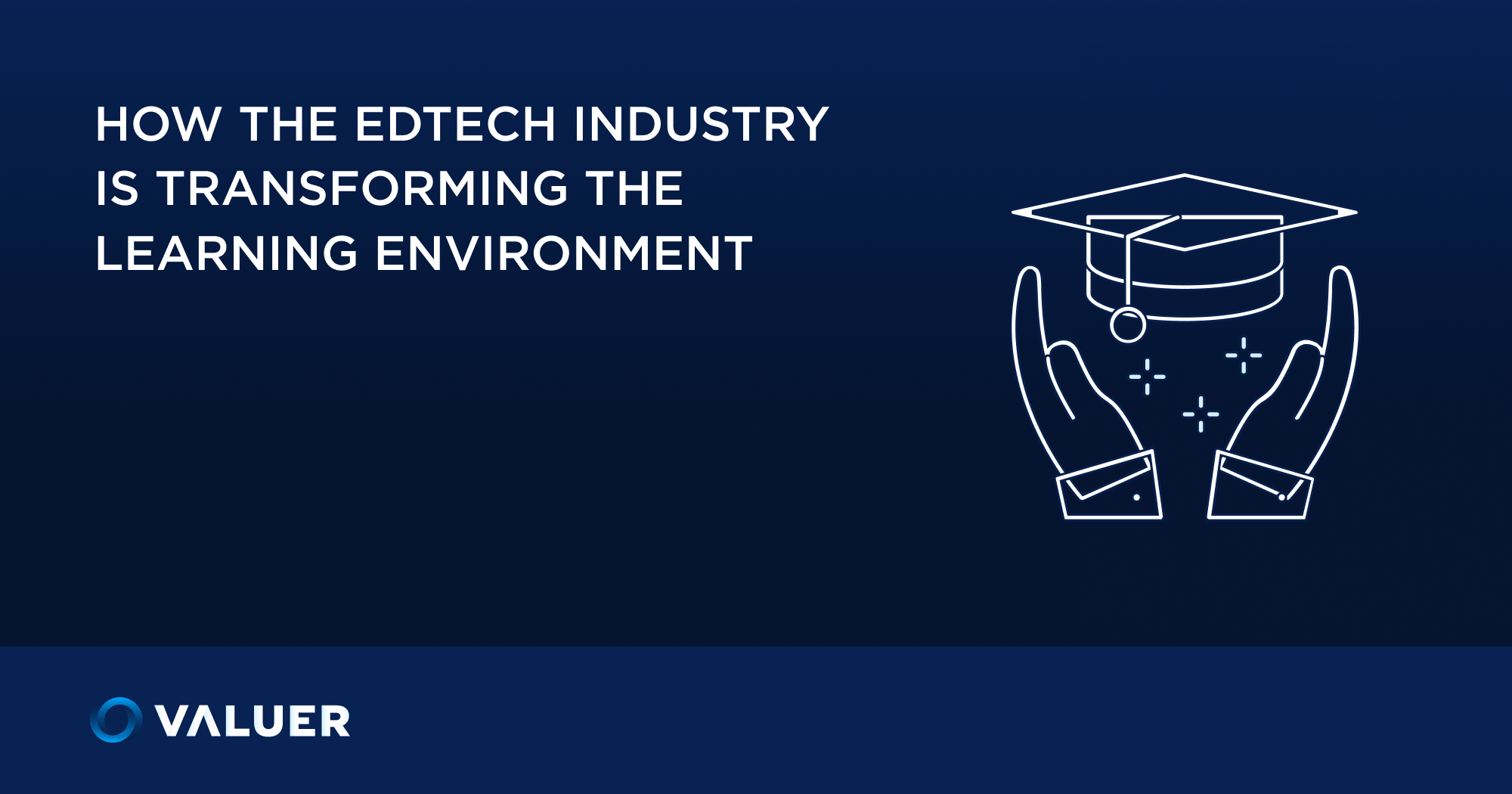 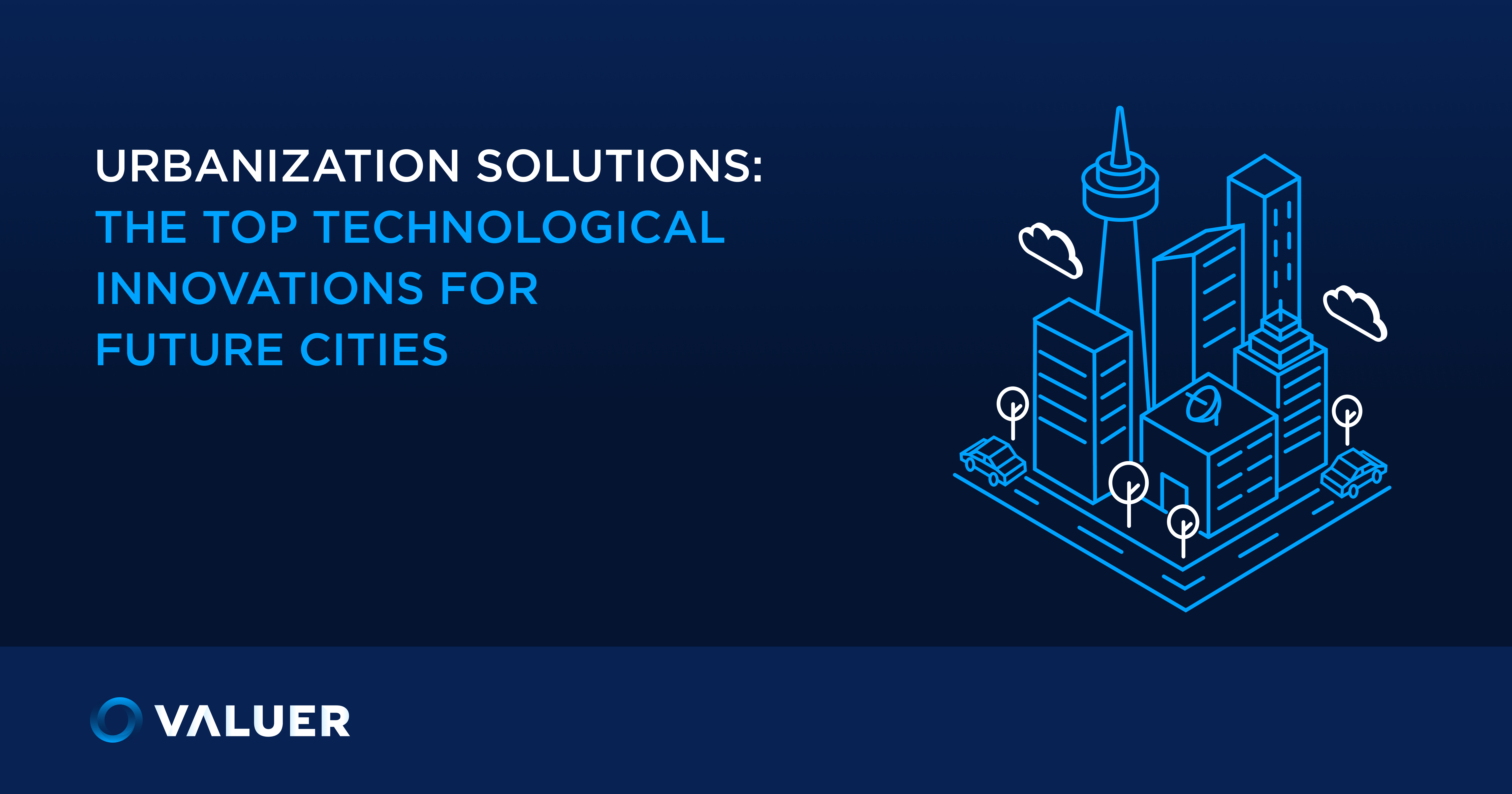 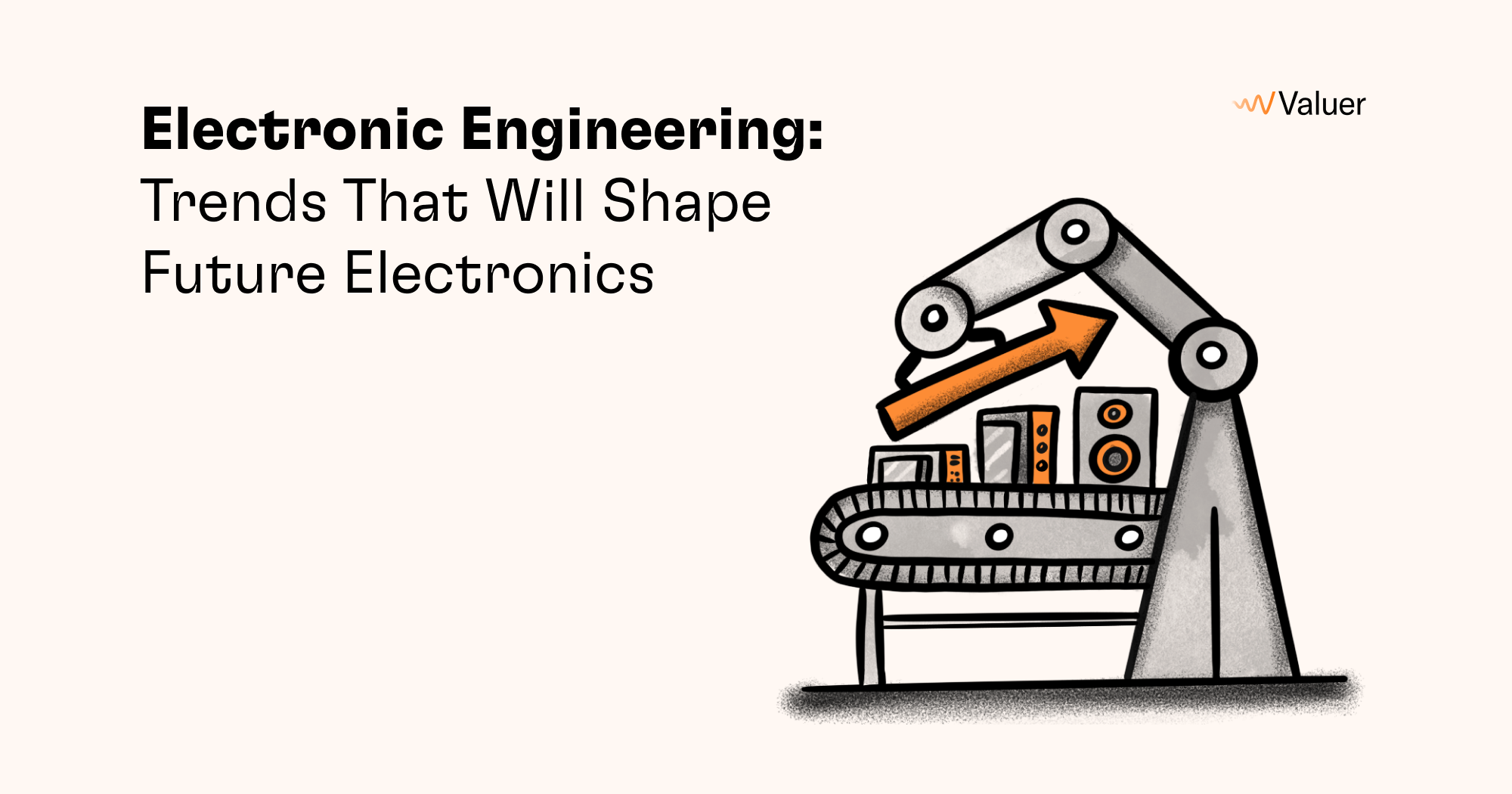 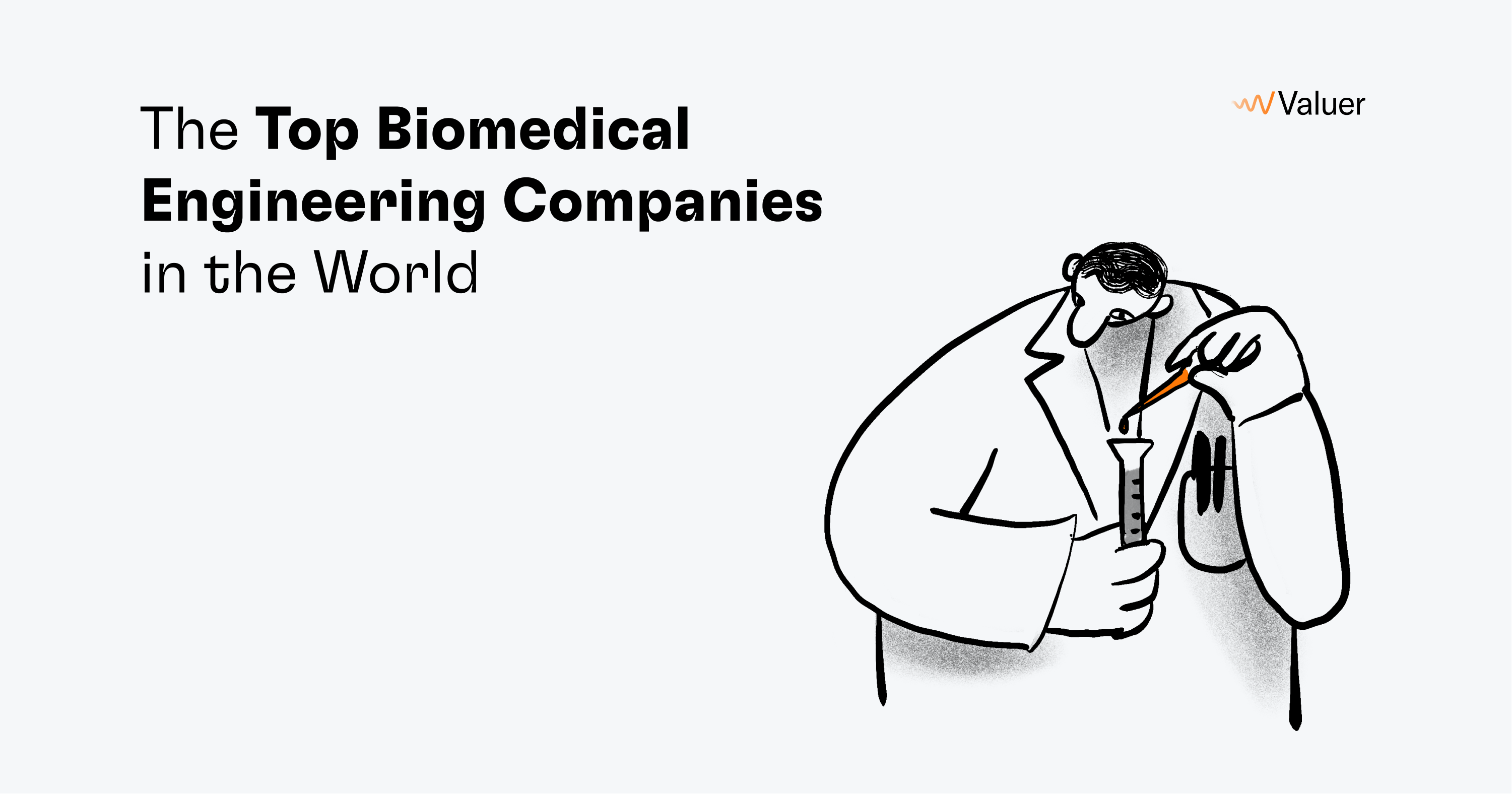 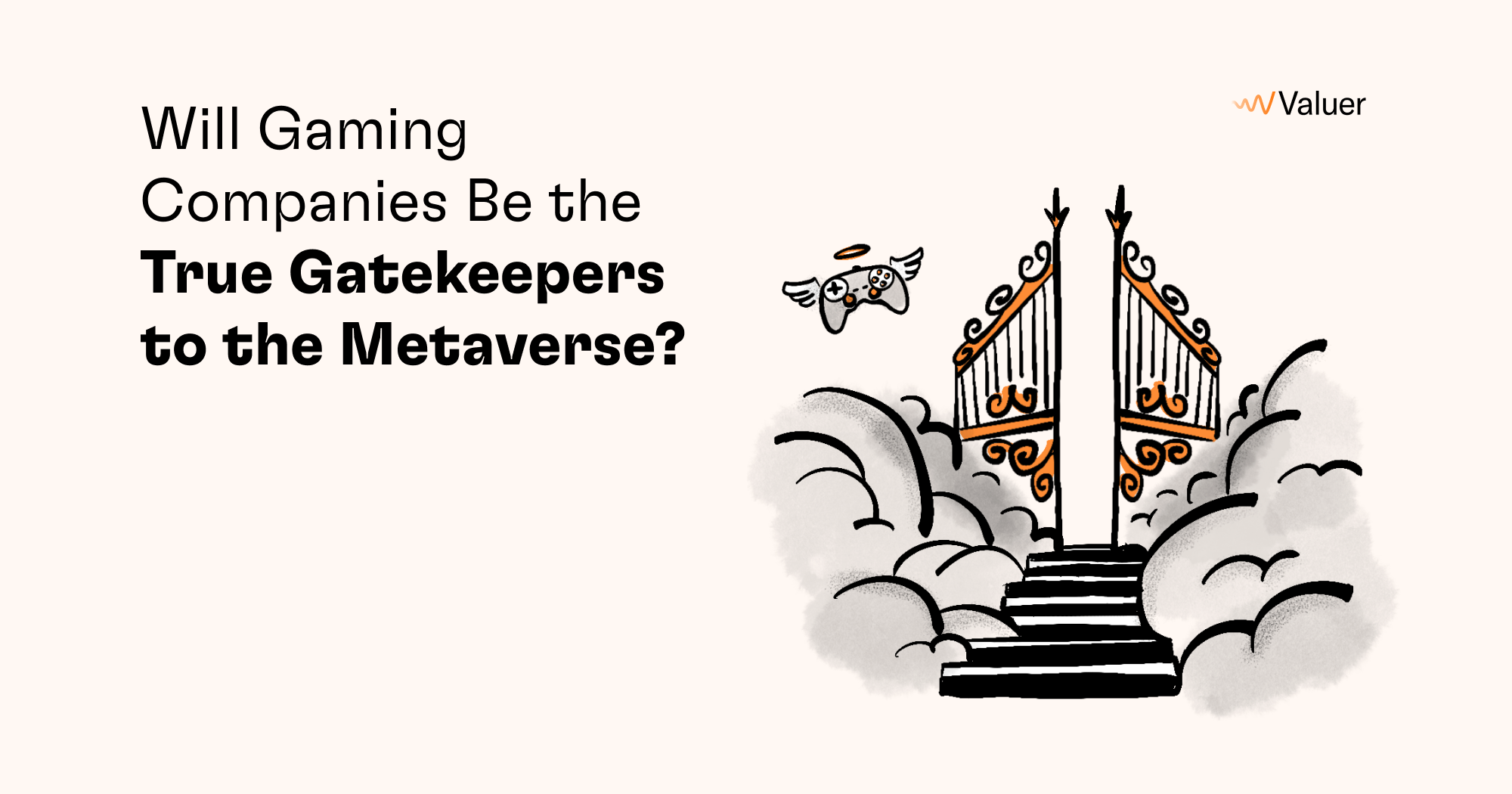 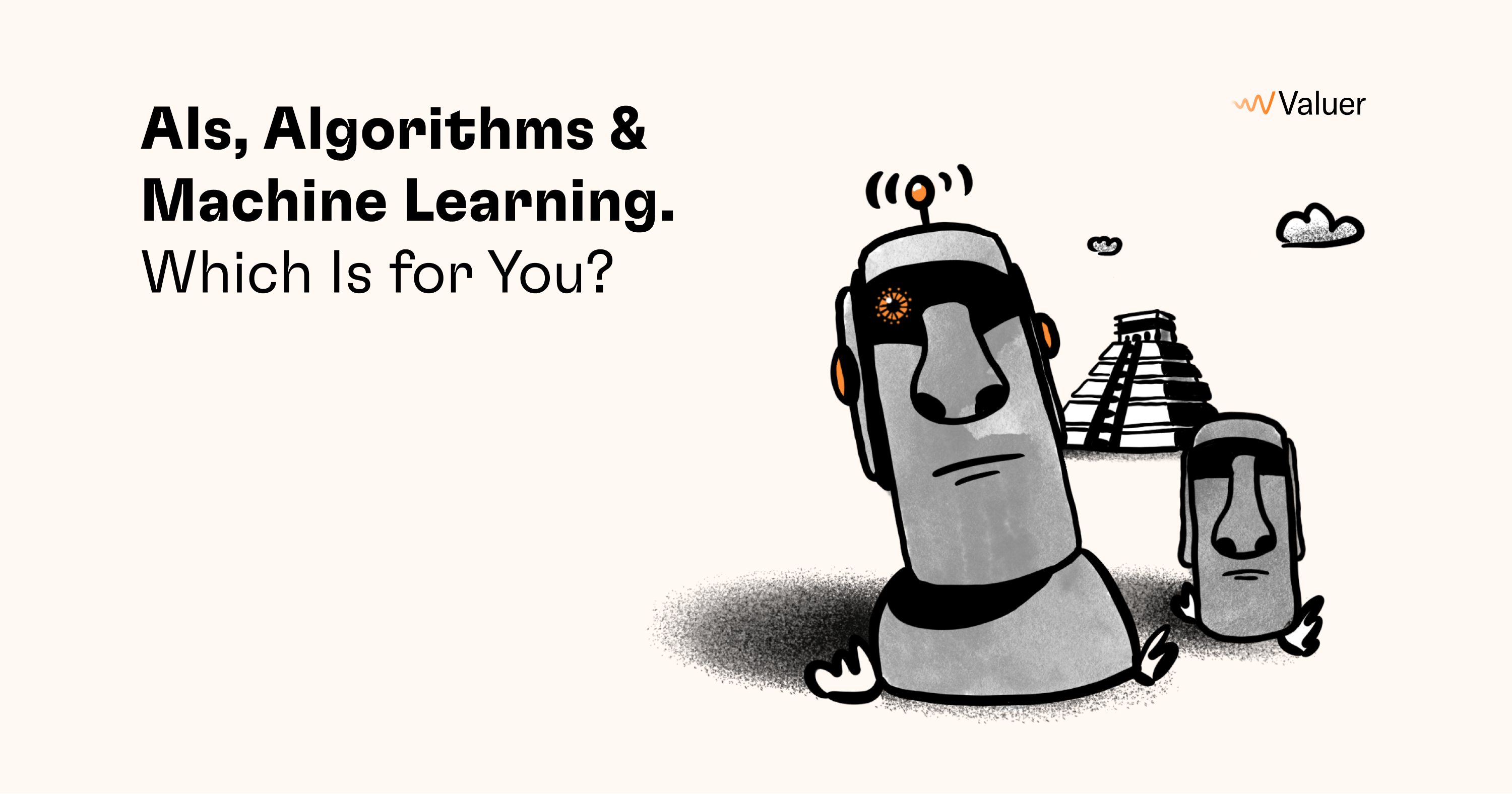 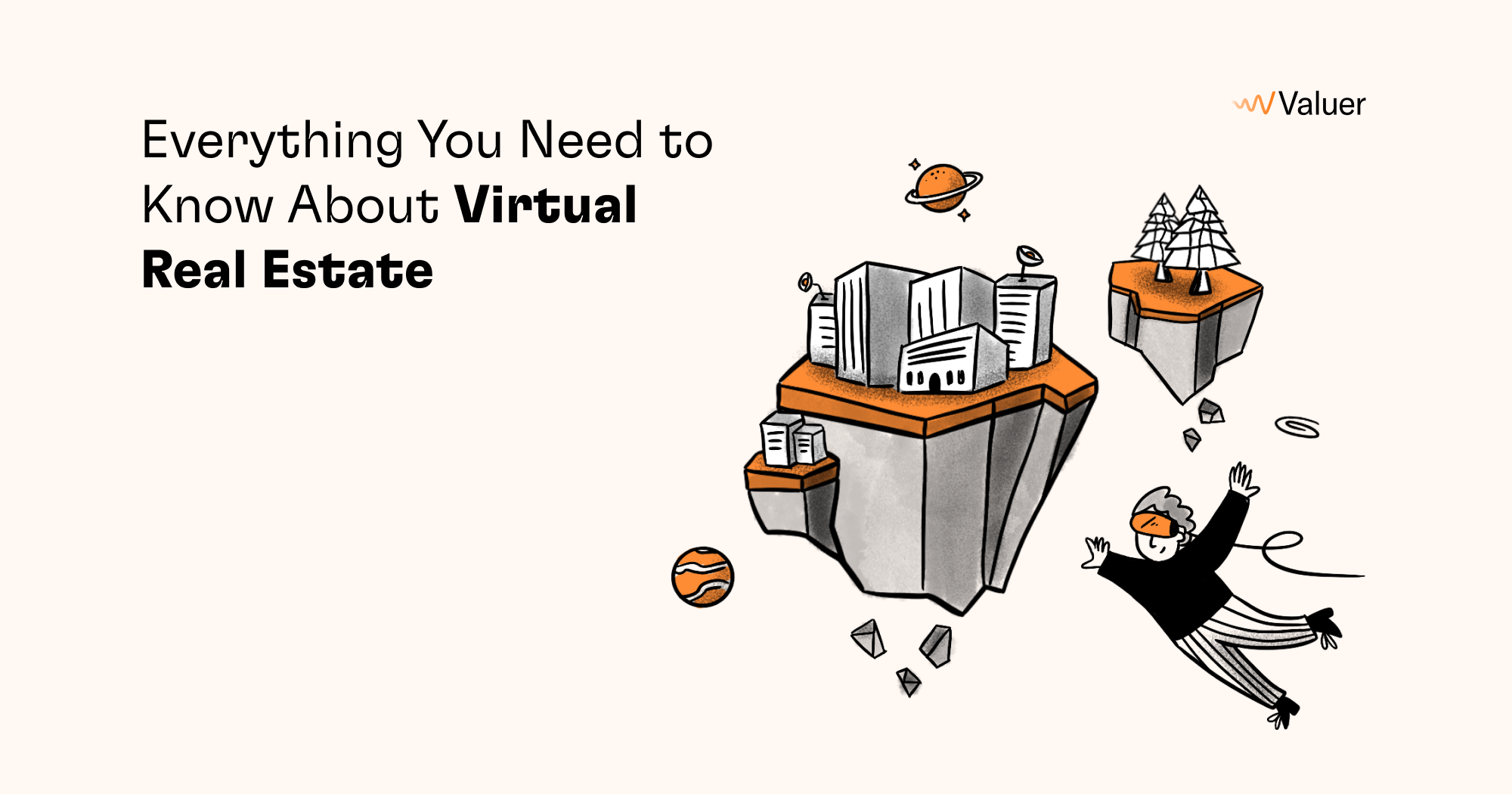 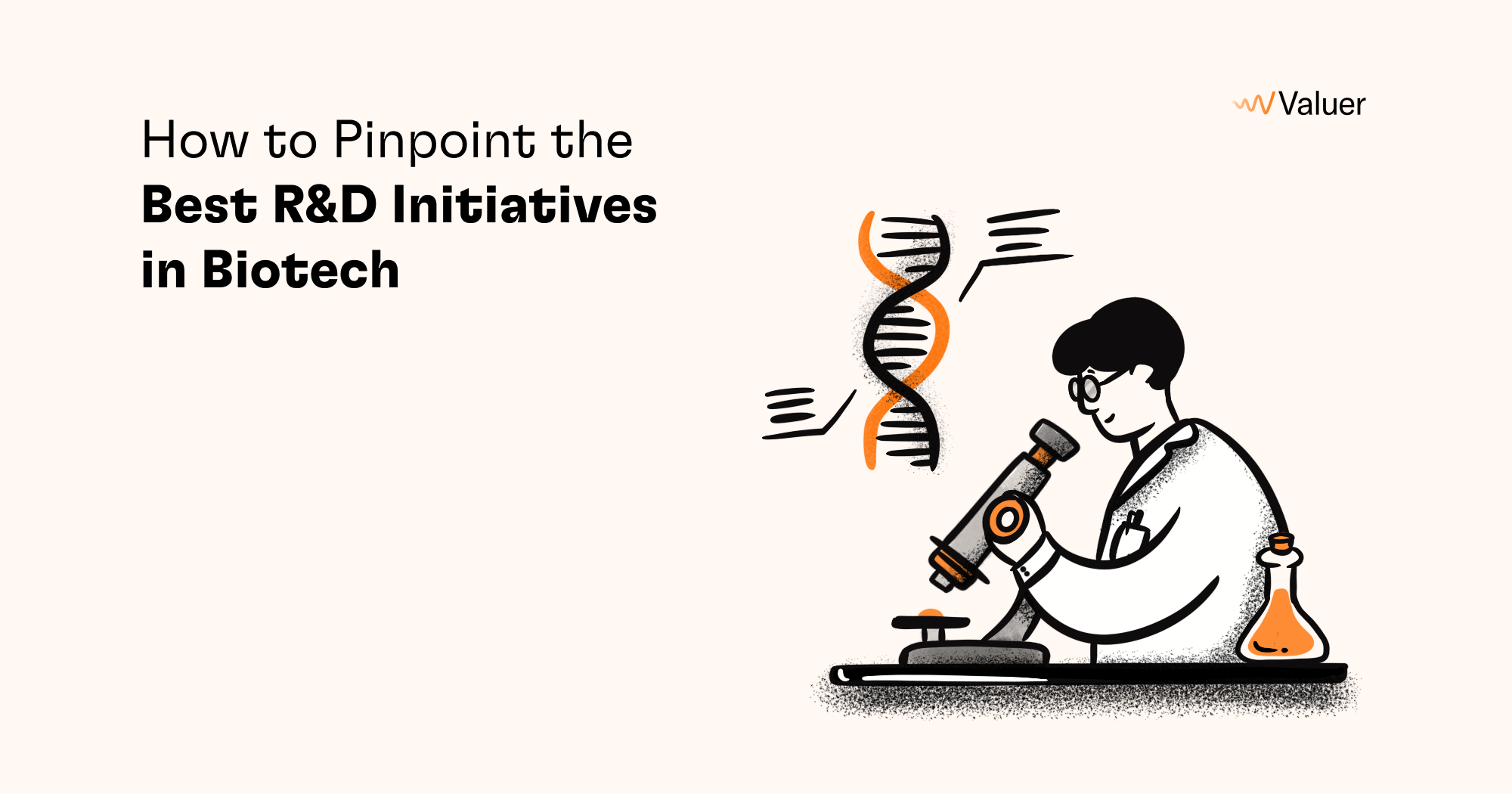 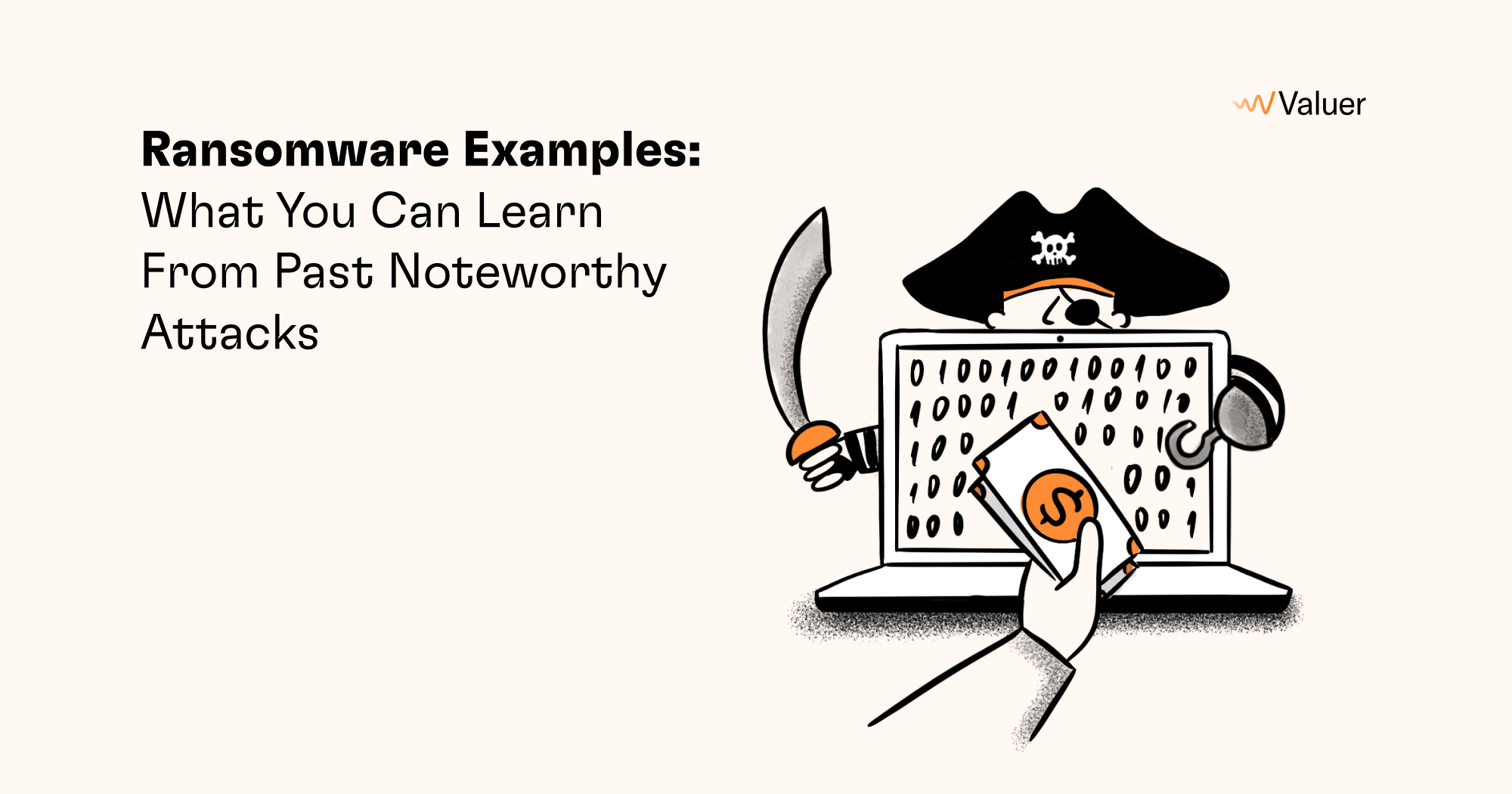 What Is Ransomware and Why Should You Worry About It?
Tags:
technology trends cybersecurity
May 5, 2022
7 minute read