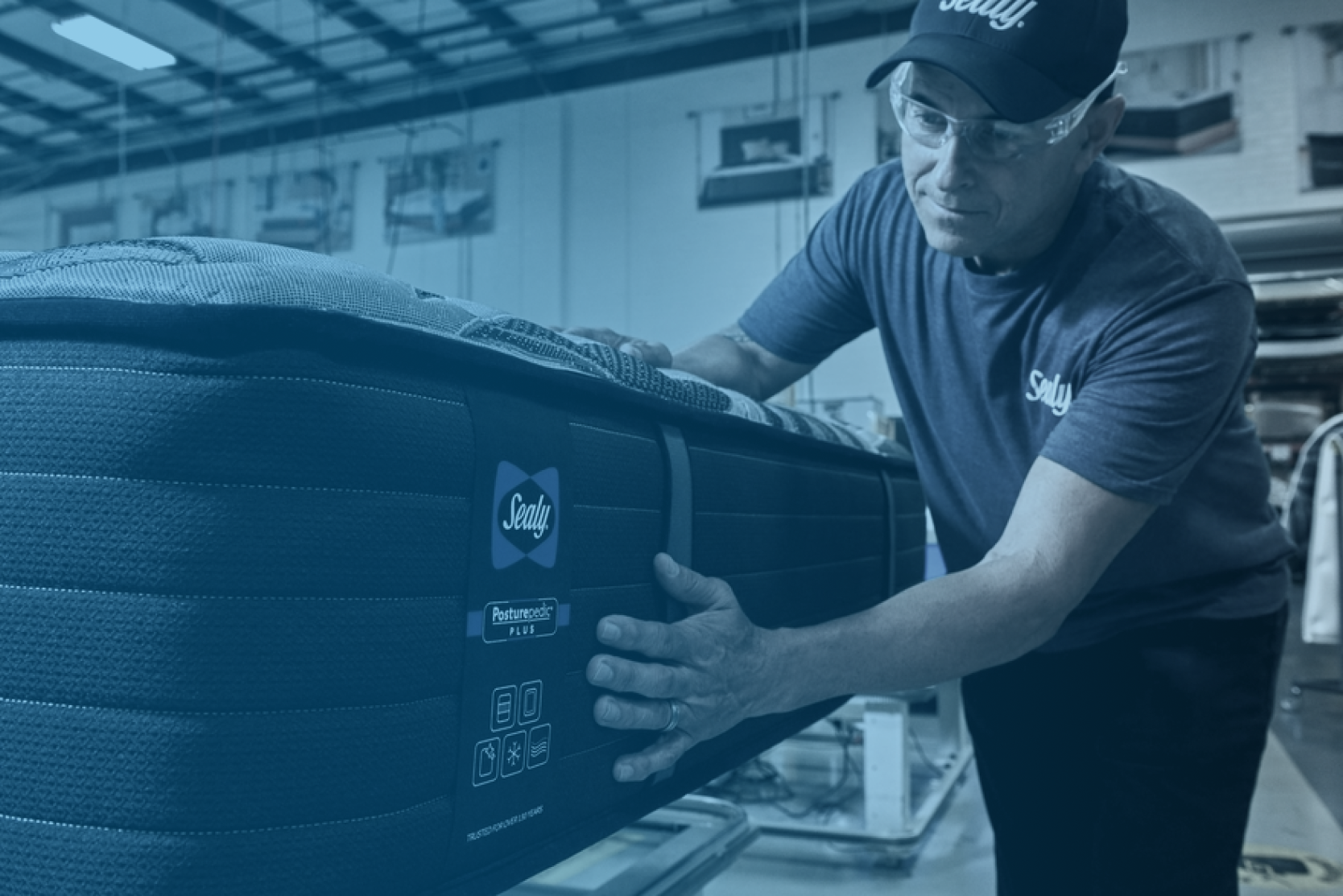 TO PERFECT THE SLEEP EXPERIENCE, TEMPUR BROUGHT NASA TECHNOLOGY TO OUR BEDROOMS

Tempur Sealy is the world’s largest bedding provider. The company came together in 2012 when Tempur-Pedic International, a manufacturer, and distributor of foam mattresses and pillows acquired its biggest competitor, the Sealy Corporation. The two companies now operate separately, both maintaining their legacy of innovation while moving towards a shared future of perfected sleep experience. Tempur-Pedic’s story began almost 30 years ago, in 1992, with the introduction of their first Tempur foam mattress.

Our mission at Tempur Sealy is to always deliver transformative, restful sleep to consumers. Working closely with leading authorities on sleep science at UNC-Chapel Hill is a big part of making good on that promise each and every night.

What started as a project for the well-being and comfort of astronauts, turned into a better-sleep promise available to just about everyone. Today, Tempur-Pedic is still the only mattress in the world recognized by NASA and certified by the Space Foundation. Their technology is considered to be the first breakthrough in mattress design since the introduction of the innerspring mattress in 1925.

Of course, it’s a forever-evolving project. Combining a proud history and groundbreaking innovation, Tempur’s research professionals routinely collaborate with sleep scientists and doctors in order to perfect their products. The company now offers a total of seven different, upgraded versions of their popular Tempur foam. In order to further refine its technology, the company invests millions each year into research, development, and testing.

In 2012 Tempur-Pedic acquired the Sealy Corporation, its biggest competitor, for $1.3 billion and became Tempur Sealy International, the world's largest bedding company. The merger brought together two iconic brands with exemplary legacies. The leading manufacturer of mattresses and pillows made from the proprietary Tempur pressure-relieving material merged with Sealy, a leader in the manufacturing of high-quality mattresses and foundations with roots dating back to 1881.

Regarding the further development of their product portfolios, according to the statement released to the press at the time, after the merger: “The company will be able to invest more in R&D to strengthen existing products as well as develop innovative new offerings to better meet the needs and preferences of consumers and retailers”. 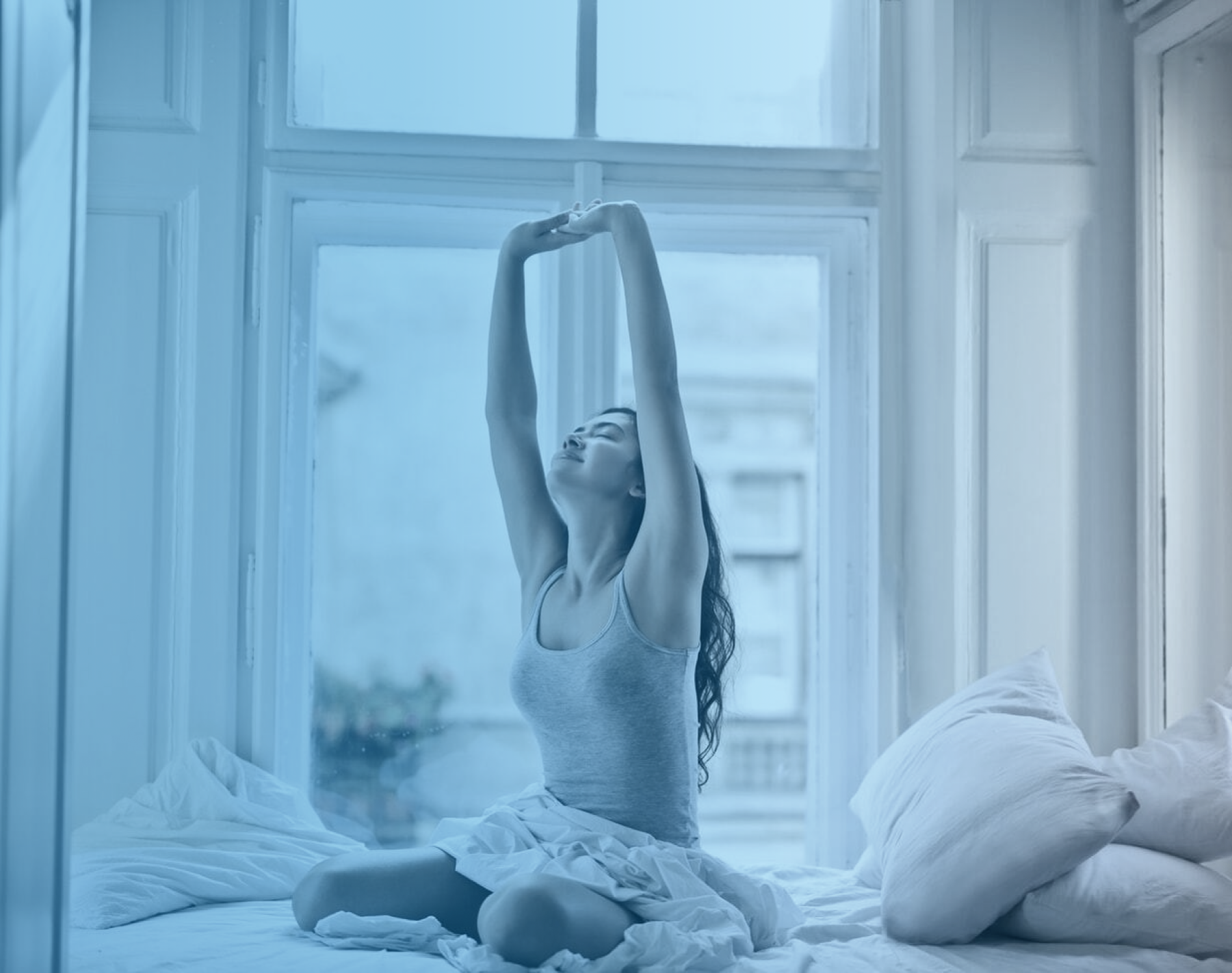 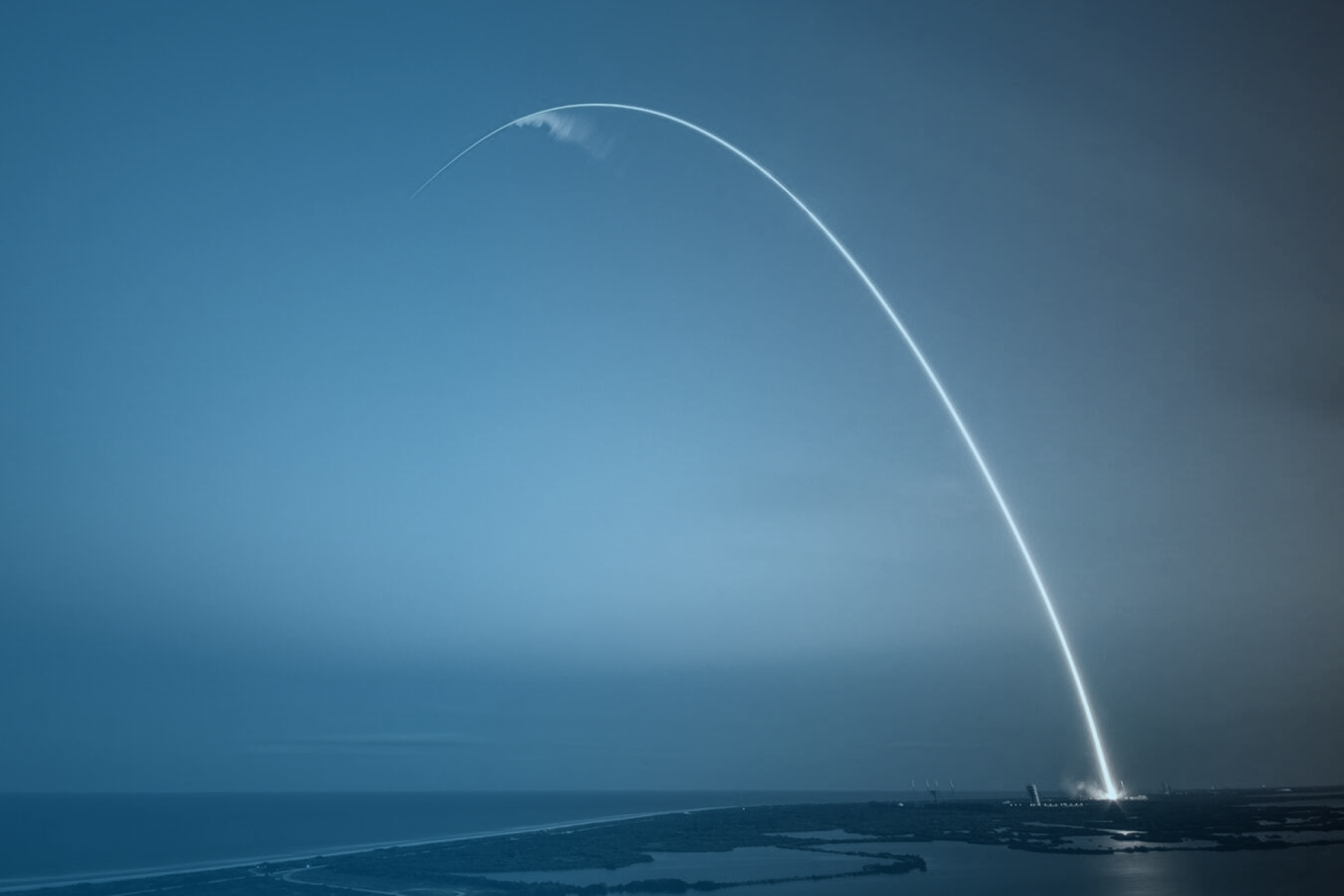 "HOUSTON, WE HAVE A SOLUTION"

In the early 1970s, NASA developed a pressure absorbing material to cushion and support astronauts during enormous G-forces at liftoff. Even though the material was temperature-sensitive and evenly distributed body weight, it wasn’t originally suitable for use in bedding. It would break down after some time and it lacked the much-needed comfort for sleeping.

One decade later, in the 1980s, when the American space program released the formulation for the viscoelastic material to the public, the so-called Temper Foam, a team of scientists from Fagerdala in Sweden and Dan-Foam in Denmark took it over, continued its development, and soon merged their companies.

In the early 1990s, the Swedish technical foam firm Fagerdala World Foams produced the first mattress made of a variation of the original NASA-material and called it “TEMPUR”. It was an instant success produced in many different shapes, sizes, and densities. This earned the company the Certified Space Technology status. In 1992 the brand was brought to the United States and the company Tempur-Pedic, Inc. was founded.

“The name ‘Tempur’ comes from ‘temperature’ and ‘polyurethane’,” explained Niels Julksjær, director of product innovation and product management at Tempur, adding that “The material has an open-cell viscoelastic structure that adjusts to your body’s unique shape, weight, and temperature.”

NOT ONE, BUT SEVEN DIFFERENT MATERIALS

What the company produced, and never stopped upgrading, became commonly known as “memory foam”. But since the material was originally developed for astronauts' seats, not for beds, and since it was too expensive to be used by anyone else than the medical industry, it was first adapted for hospital beds.

Since then, after decades of research and development by the company’s scientists, they’ve managed to extend the technology to produce a collection of mattresses designed to suit everybody's unique sleep preferences. Today, Tempur offers seven different versions of the popular breathable material that distributes pressure and body weight evenly over the entire surface.

The company regularly broadens its product portfolio with new, upgraded versions of the formulation. For instance, only recently, in 2016, they released the so-called “Tempur-Breeze” line which is engineered at a molecular level to direct excess heat away from the body and out of the mattress.

"Tempur-Pedic is well known around the world for innovation, so we are in a unique position to help meet a real need for that large percentage of the population that sleeps hot," shared Scott Thompson, Chairman, President and Chief Executive Officer of Tempur Sealy with the media. "We developed the next-generation TEMPUR-Breeze line to help the many people who struggle with getting restful sleep because they wake up hot during the night. We've worked tirelessly to optimize every component of these beds to make them extraordinarily cool and breathable."

Two years later, in 2018, Tempur-Pedic released yet another breakthrough generation of mattresses featuring the so-called TEMPUR-APR Technology - the most advanced pressure-relieving TEMPUR material ever. The TEMPUR-Adapt and the TEMPUR-ProAdapt series were engineered to give users a deep, relaxing sleep that rejuvenates the whole body.

The two new series, part of the brand's largest launch in history, are designed to absorb force, relieve pressure, and reduce motion during sleep. They’re made with a combination of innovative materials that adapt and respond to the body’s unique needs throughout the night.

“We are pleased to again raise the bar for breakthrough products in the mattress industry,” said Rick Anderson, Tempur Sealy EVP and President, North America. “Every Tempur-Pedic mattress is a work of innovation by industry-leading experts who deeply understand the science of sleep.” 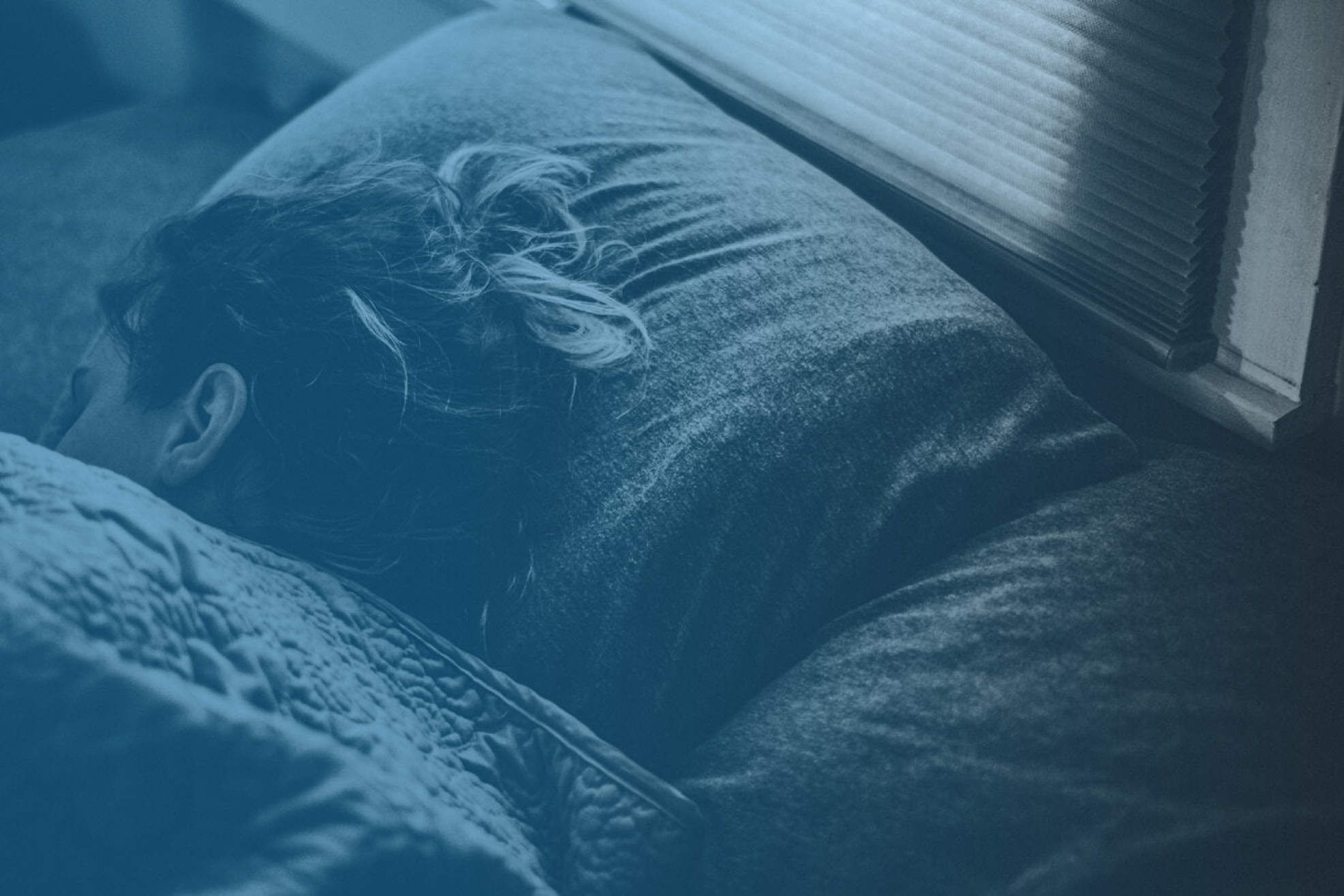 A NEVER-ENDING FOCUS ON INNOVATION

According to the company, part of Tempur-Pedic’s success comes “from the focus on continuous innovation since its founding in 1992”. And even though the company’s efforts are to guard the formula, they operate expecting that one day someone might develop a similar material.

Currently, Tempur-Pedic has R&D centers both in the United States and in Europe where consumers play a key role in the company’s research and development process. Additionally, the company has facilities that act as a “consumer research lab” where customers blind test competitors' products and Tempur-Pedic prototypes.

In 2015, in an attempt to further support sleep science education and research, Tempur Sealy announced a partnership with the University of North Carolina School of Medicine's Neurodiagnostics and Sleep Science. The Platinum Partnership was set to deliver innovative education and research programs, scholarships, product enhancements, and consumer advice on how to improve sleep.

"Our mission at Tempur Sealy is to always deliver transformative, restful sleep to consumers. Working closely with leading authorities on sleep science at UNC-Chapel Hill is a big part of making good on that promise each and every night," said Dan Query, Senior Vice President of Global Product Development at Tempur Sealy at the time. "The faculty and students in the School of Medicine share in Tempur Sealy's desire to develop products, equipment, and new ideas that enhance the science of sleep."

Valuer is the emerging data-driven innovation workflow using AI and team collaboration in order to map out innovation areas and innovative opportunities. With our technology, we map out the most relevant and valuable innovation cases in the market based on your specific needs and preferences.

How to Remain Innovative as a Corporation While Working Remotely

Why Sustainability and the SDGs are Critical for Business Success