Blue Finance and the Future of Ocean Sustainability

In a wider environmental sense, we are bound to our oceans. Most of the oxygen we breathe is generated by the waters that cover our globe; they absorb large amounts of carbon dioxide and possess a massive presence on global tidal currents, which hold a pivotal role in regulating the climate.

That is why it is crucial to be informed and educated on issues regarding our aquatic backyard. In this article, we'll highlight the dangers our oceans face and the sustainable solutions that are being developed to mitigate them.

Blue finance for the sustainability of ocean ecosystems

Besides the essential role it plays in the Earth’s equilibrium, the ocean is a true powerhouse in terms of economic value. According to the Boston Consulting Group, the range of goods and services provided worldwide is conservatively estimated at around $2.5 trillion each year, with global assets valued at more than $24 trillion.

A turning point towards building a sustainable future in terms of the ocean is the so-called ‘blue finance.‘ Namely, investors and companies are keeping their eye and their money on developing new innovative technologies and practices such as offshore wind farms, zero-carbon ship fuels, restoring coastal ecosystems to sequester carbon, and securing the livelihoods of local communities.

Compared to other areas of sustainable development, ocean sustainability faces many challenges and struggles when attracting business investment. This is reflected by the fact that the largest investments toward keeping the oceans healthy come from philanthropy and development aid. Unfortunately, businesses still don’t comprehend the risks of damaging such a valuable resource and the reward of shifting towards sustainable business.

“For investors in established sectors such as fisheries and shipping, the challenge is to redirect capital away from socially and environmentally harmful activities towards sustainable activities. For emerging sectors in the blue economy, such as marine conservation, the challenge is to attract private finance. This is not easy because nature-based activities are often seen as too small, too risky, and not offering an attractive return.”

IT, big data technologies, and a sustainable seafood fish population

The pragmatic use of the scientific method and the advancement of technology made it possible for us to gather more knowledge about the external world than ever. This phenomenon that revolutionized our worldview is best represented by the large databases we have at our disposal. Over the next decade, big data technologies are expected to generate even more precise information about the ocean – which is anticipated to be the key to the perseverance and sustainable use of ocean ecosystems. 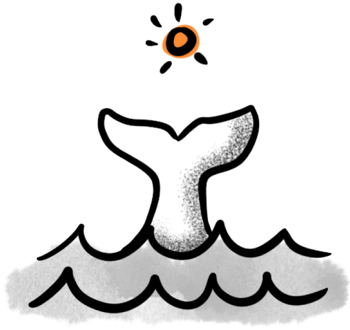 IT is a cornerstone for the UN Decade of Ocean Science venture, which kicked off in 2021. The analytic methods available in the digital era can help us save the ocean from unsustainable activities while producing opportunities for companies to benefit from, with increased efficiency and transparency along the way. Typically, these technology areas come into play alongside sustainable seafood and the fish population.

“Illegal, unreported, and unregulated fishing is a major cause of the depletion of wild stocks. Aquaculture is over-reliant on wild-caught fish to feed those that are farmed...” as stated in the above-mentioned Economist’s report.

Illegal fishing poses a massive danger to the health of the wild fish population. Thankfully, with recent developments in surveillance and product-tracing solutions, there is a good starting point toward stopping illegal fishing. Remote vehicles equipped with sensors can monitor the ocean 24/7 and set the alarm for the authorities when a change of conditions is being noticed.

The application of these monitoring technologies can help the authorities to produce more effective regulations of fisheries, thus reducing illegal, unreported, and unregulated fishing. This is expected to result in more sustainable seafood industry and a healthier ocean ecosystem.

With the recent developments in the oil industry, driven by the COVID-19 pandemic, it seems like the golden age of black gold is slowly coming to a definitive end. Many reports, including Oslo-based Rystad Energy’s, suggest that “the global energy market is on the brink of a major transition to cleaner energy sources.”

This may be the best news for ocean sustainability since the Industrial Revolution, as well as a major challenge for the economies that hugely depend on ocean freight for shipping. How well we are going to respond to this challenge is largely determined by the work of innovators and what is going to be the next best thing once the energy transition in ocean freight is done.

As estimated by the Economist, an investment between $1.4 trillion and $1.9 trillion is needed if we were to eliminate carbon in shipping by 2050. These resources would mostly be allocated for the fuel supply chain, low-carbon hydrogen development, and ammonia. Sustainably produced hydrogen is likely to have many additional uses in a greener economy as well.

Another promising transition into a sustainable energy source is offshore wind farms.

“The offshore wind might be the single biggest lever we can pull to reduce greenhouse gas emissions and grow the economy at the same time...” highlights Elizabeth Turnbull Henry.

From being considered an expensive operation only a decade ago, the full switch from fossil fuels to onshore and offshore wind nowadays seems like a matter of time. The numbers associated with offshore wind farms are staggering. Namely, 6 gigawatts (GW) of turbines were installed in 2019, taking the global total to 29GW. These numbers are estimated to reach 190GW by 2030.

The actualization of onshore and offshore wind farms is mainly due to the long-term imperative to decarbonize energy systems. However, those solutions offer a whole range of rational benefits.

First of all, the technologies these energy systems use are proven. They drive local economic growth and can safely coexist with other ocean technology. The best part? The energy they produce is significantly more cost-effective than the one produced via fossil fuels.

“It is 80% cheaper today to harness energy from the wind than it was 10 years ago, and since this trend continues…the price of it is continuing to fall,” claims Henry.

Offshore wind has many tangible benefits in comparison to onshore wind, with one of them being cutting out the competition for land use. Other benefits, like easier transportation and fewer infrastructure constraints, also play an important part.

However, probably the single most exciting thing about it is its potential to be integrated with other developing industries, such as green hydrogen manufacturing.

At the same time, other energy generation and energy management systems have emerged, such as wave and tidal stream energy. The main challenge here is to reduce the technology costs so they can reasonably compete with other renewable-energy technologies.

Ecotourism is an industry model designed for tourists to explore natural and often endangered habitats while promoting conservation and responsible travel. This sustainability segment is a topic for prosperity and longevity of a sector that is vital for many countries that rely on it – tourism.

At the same time, tourism is one of the industries that are directly susceptible to climate change and damaging environmental practices. The ongoing coastal developments endanger habitats, including mangroves and coral reefs.

Litter, noise, and water contamination (mainly from sunblock products) are among the common issues that tourism poses, while cruise ships emit air pollutants and greenhouse gases. All these factors drive the industry participants towards increased awareness and more responsibility.

Blue finance is leading the charge for ocean cleanup

The Economist projects that by 2050 there could be a larger tonnage of plastic than fish in the ocean.

The most powerful tool in overcoming our problem with plastic and starting an ocean cleanup is awareness. The single-use of plastic goods must be reduced dramatically in the next decade. Moreover, to protect the ocean and the wildlife living inside, a circular economy for plastic is required. 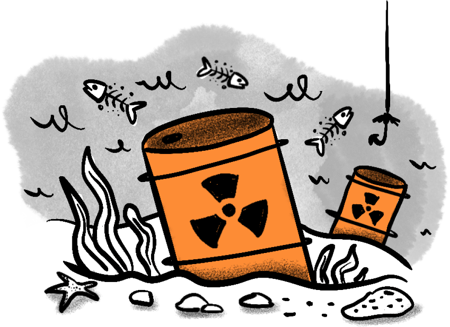 Part of the solution is in the processing and manufacturing areas, the two most attractive spheres of interest for investors, as they offer scaling and relatively low risk. Coordinating waste-collection efforts is an opportunity and an open call to IT innovations and developers of digital platforms worldwide.

There are companies out there leading the blue finance charge in ocean cleanup and are ready to tackle the big issues in ocean sustainability. Blue Innovation is at the very core of most of the solutions to overcome major problems, including overfishing, plastic pollution, and the overall reduction of the coral reef and aquatic life. The organization creates symposium events to foster connections between global marine technology companies in an effort to fuel a sustainable ocean economy.

Another organization attempting to use innovative technologies to help clean up the plastic waste floating in the Pacific is The Ocean Cleanup. They are a non-profit from the Netherlands founded in 2013 by Boyan Slat.

The Ocean Cleanup has developed a parachute-driven raft that uses the ocean’s natural forces to push it along and collect debris as it coasts along its course. Since its inception, the project has endured hurdles along the way but has now successfully returned 60 bags of trash to Vancouver, Canada.

The United Nations Decade of Ocean Science for Sustainable Development began with operation in 2021, and it is projected to last at least until 2030. Its mission is to mitigate the damage and protect the further decline in ocean health, as already a staggering 96% of the world’s oceans have been negatively affected in one way or another.

At the same time, other large organizations turn to coastal and marine environments intending to transition toward economic growth – a trend nowadays called The Blue Economy.

Reversing the damage and ocean cleanup is a pressing and complicated imperative. Fortunately, in the past few decades, our knowledge has increased to a significant degree. The applicative potential of IT and big data technologies is something that gives us a fighting chance in this whole mess.

The amount of ocean remote sensing data is growing, mainly due to significant advancements in robotics technologies and expansive data collection possibilities through an increasing number of sensors and operations, such as deep ocean hydroacoustics.

Advances in artificial intelligence further expand our abilities to mine and sustainably leverage ocean data, namely by using machine learning and neural networks. Considering this, data-driven marine and coastline research is considerably lacking behind land-based research.

There is an evident need for major reconstruction in several absolutely crucial areas. Our understanding and treatment of the ocean must undergo serious revision, and marine protected areas need to be managed in an efficient, responsible, and well-informed manner.

Authorities also need to do their part and implement new regulations based on the constant monitoring of overfishing, marine pollution, ocean acidification, and emphasis on sustainable energy systems. 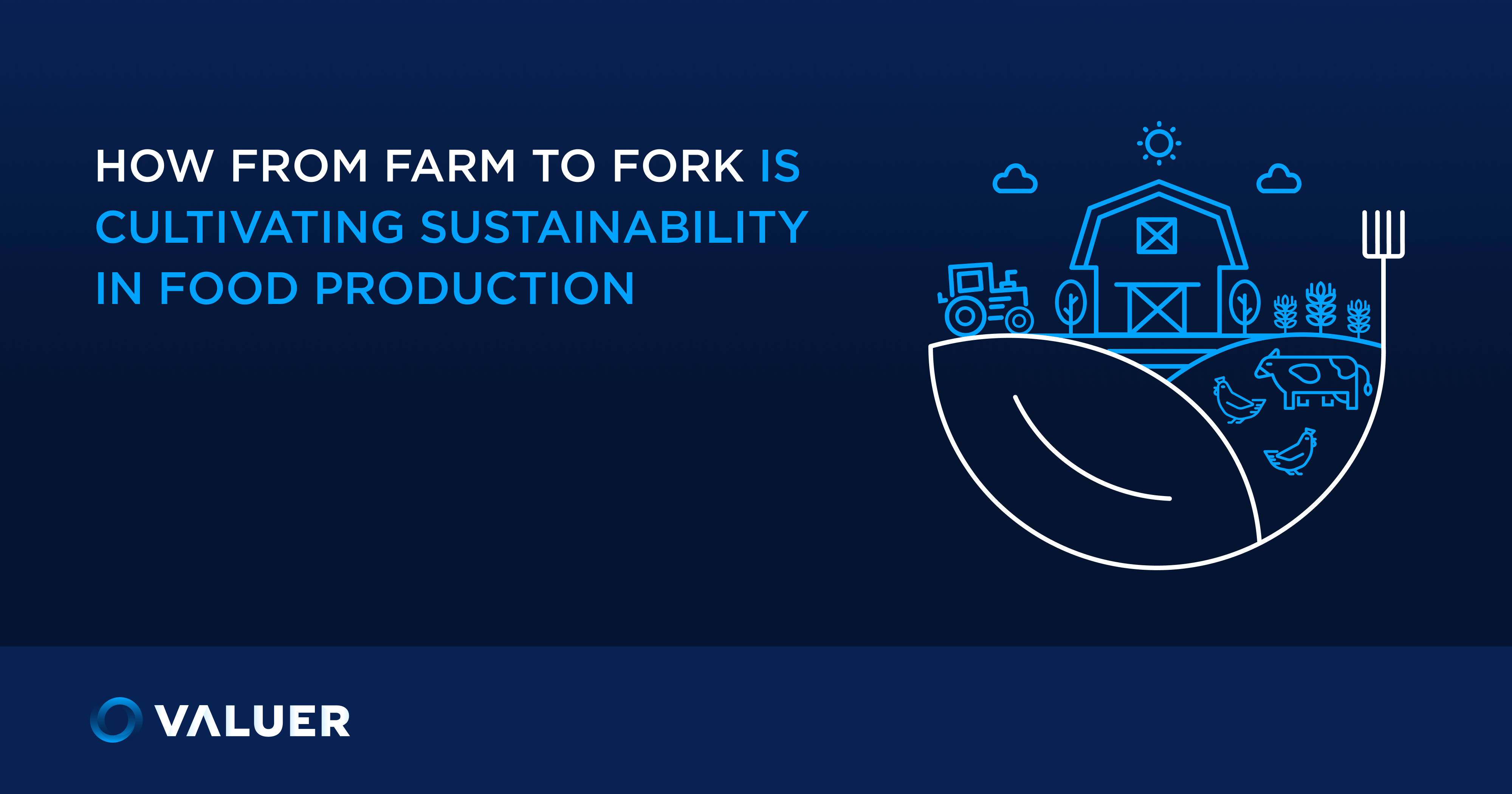 How to Stay Ahead of the Competition With the Valuer Platform
Tags:
artificial intelligence innovation platform business opportunities
Nov 11, 2021
6 minute read 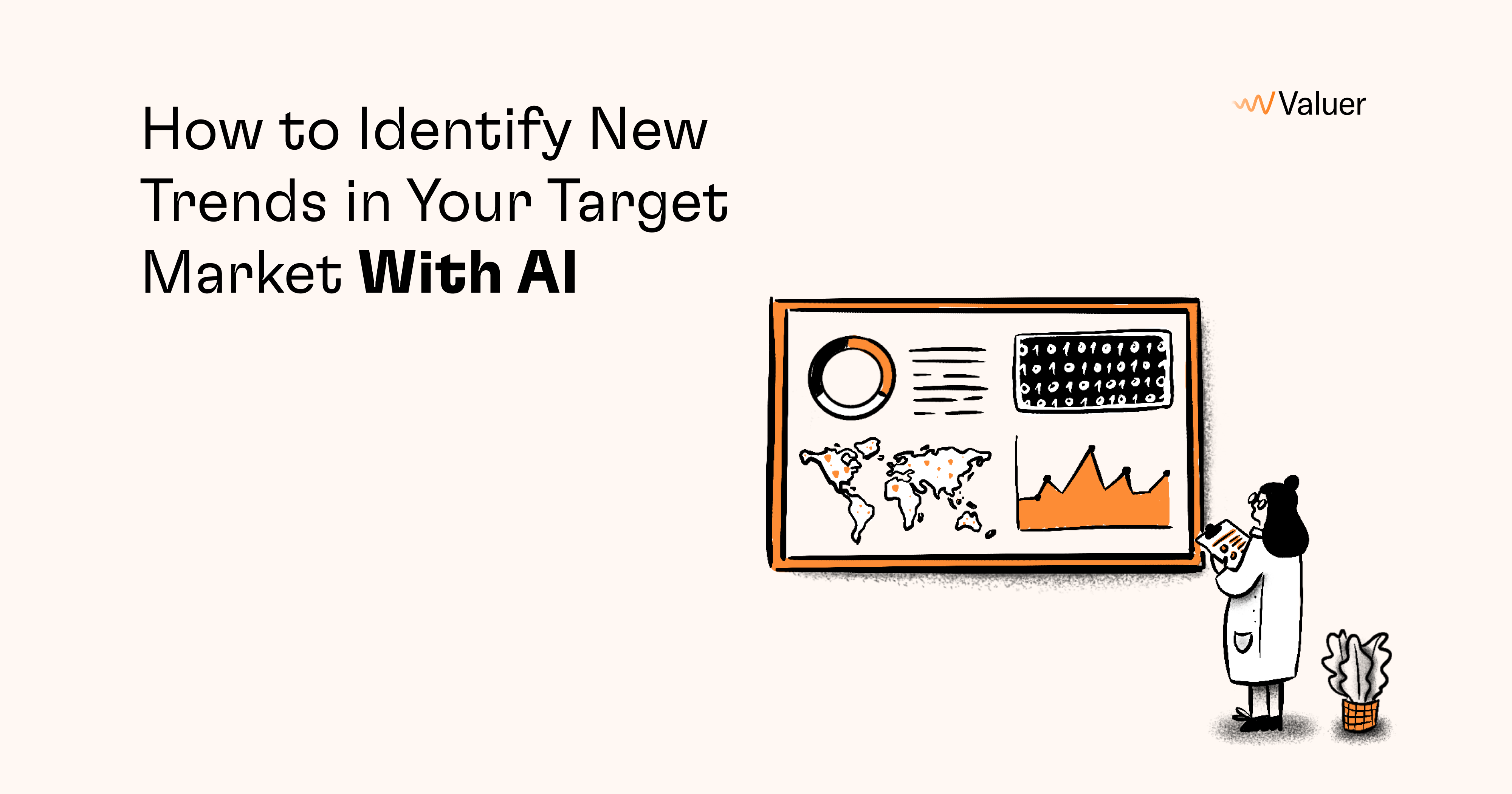 Why You Should Invest in Women-led Startups
Tags:
Startups investment
Mar 8, 2022
6 minute read