Everything You Need to Know About Virtual Real Estate

The latest hype which is grabbing headlines in the investment world is the rush to acquire pieces of virtual real estate. It’s another step in the world's evolution towards Web 3.0 or The Metaverse, and it is intrinsically entwined in the crypto-world.

Now for many legitimate businesses, cryptocurrency has been somewhat of a three-alarm fire. It’s something that you can’t look away from, but it’s best to leave it to the professional risk-takers. However, with more or more mind-boggling investments in virtual real estate making the news, it is becoming increasingly apparent that this is not only a trend amongst fringe investors.

In this article, we are going to look at this recent hype into virtual real estate. We will look at how it works, both in its similarities and its difference from the “real-world” real estate investment. And we will look at the risks and rewards of investing in real estate that is purely digital and is locked to non-regulated and decentralized currencies. What led to this virtual land grab? And what is causing the prices for virtual land to be so valuable?

Let’s start with The Metaverse

Now, I should preface this by saying that referencing “The Metaverse” in the singular leads to some misconceptions of the Metaverse currently “is” and what it “will be”. In fact, what the Metaverse “will be” is highly speculative and debated, and we go much more deeply into that in our articles. 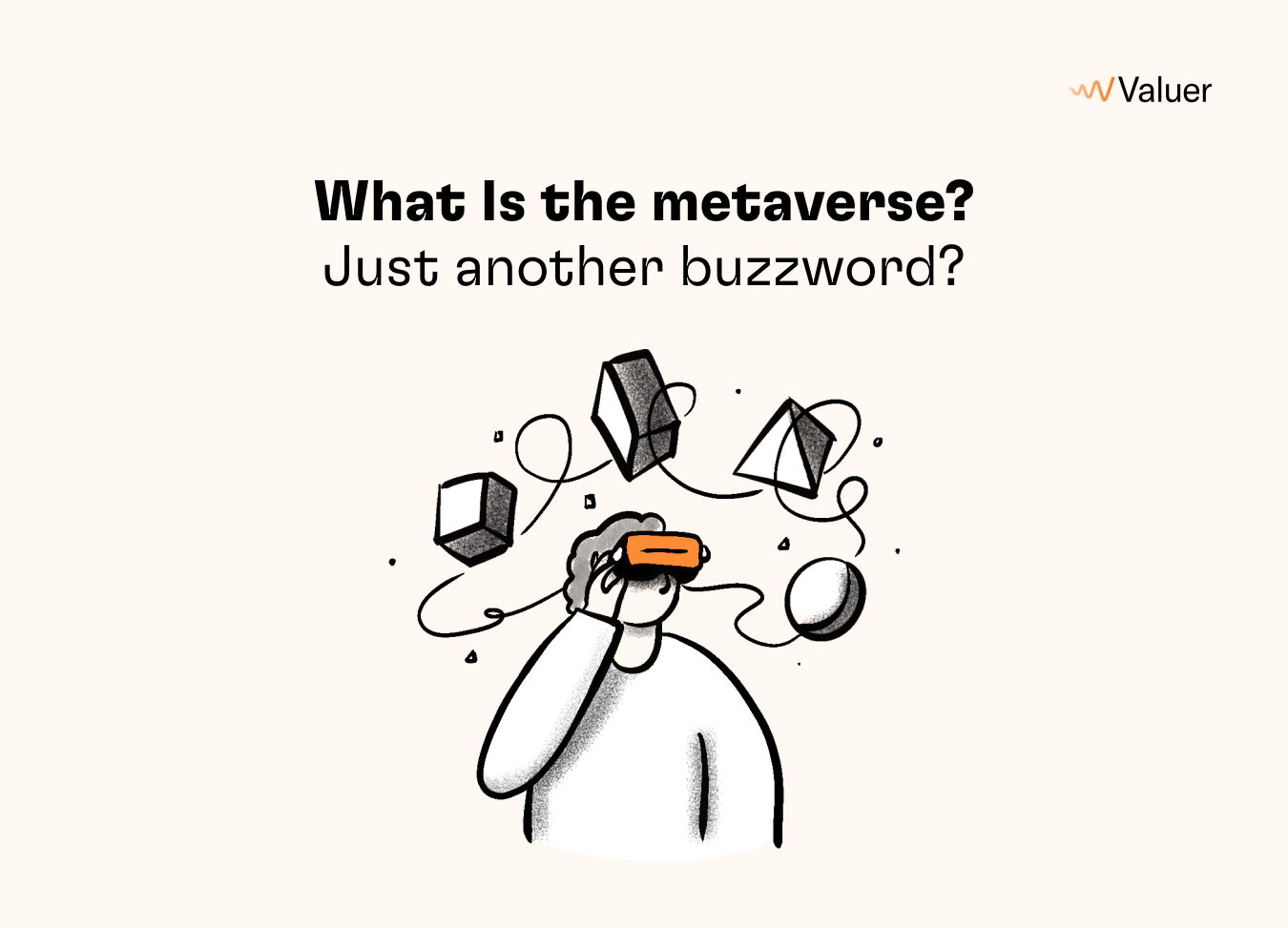 In fact, I find it unlikely that one day they will all come together as the one unified Metaverse that many of us envision. It is more likely that if we ever want to find ourselves in a virtual world, such as the one envisioned in Ernest Cline's novel Ready Player One, then it will most likely be owned and developed by one company. However, this is just more speculation in an ecosystem flooded with it, so let’s stick with what we do know about virtual real estate.

In many ways, it is not too dissimilar to owning and purchasing real estate in the real world, and the competition is showing itself to be just as fierce. Buying virtual land in one of the number of Metaverse worlds that exist today can be thought of as an area of a board game like Monopoly.

The point is to acquire as many pieces of the board as possible. And just like any game board, the area of play is finite in size. Each Metaverse has declared a specific finite number of land parcels and agrees to not mint any more beyond this number. And, as true in the real world, this belief in scarcity is what establishes value.

Just as it once was in the real world, the current gold rush for virtual real estate is focused on purchasing and owning as many of these land parcels in prime locations as possible so that they can be developed for use at a later date.

Some of the more notable Metaverse worlds

Due to the wild-west type of environment in which this market exists, many of the crypto and Metaverse projects that currently exist have built their followers and investors through social media and word of mouth. The big players like Disney, Meta, Apple, Microsoft, and others that are making claims to their Metaverse initiatives, some might argue, are a big late to the party.

Currently, there are a number of Metaverse companies out there that are selling land parcels in their Metaverse worlds. Many of them have their own cryptocurrencies that are associated with their worlds, and the sole ownership of individual land parcels is registered and protected through blockchain. Here are some of the most notable Metaverse worlds:

First developed by San Francisco gaming company Pixowl in 2012 as a mobile game, The Sandbox has gone through various iterations and acquisitions. This led to an eventual investment from Softbank in November 2021 of $93 million, and subsequently, a release of an alpha version of The Sandbox Metaverse was released during the same month.

Created by Argentinians Ari Meilich and Esteban Ordano and launched in 2015, Decentraland is unique amongst its competition as it is overseen by the nonprofit Decentraland Foundation.

Founded last year, Nifty Island is a player-driven open-world gaming universe developed by Nyft Studios. It is said to be the first in a series of worlds which they call the Nyftverse. The differentiator with Nifty Island is that the land parcels are given to players rather than focus on land scarcity. The business model claims to be centered around the player marketplace of NFTs.

Unlike the imaginary Metaverse worlds, Superworld positions itself as a replica of earth. We users can buy, trade, and sell actual existing plots of land and landmarks. Should your company feel a vested interest in its own NFT versions of the Taj Mahal or the Great Pyramid of Giza, then Superworld is your answer.

The Wilder World metaverse also goes beyond the simple acquisition of land and also includes the buying and selling of NFT assets. It claims to be a 5D metaverse, which is defined as an “avant-garde international art platform, built by artists which explores the intersection of art and technology through new business models, and representation of artists."

Much of the hype around land inside these metaverses is not only due to scarcity but also location. As in the real world, areas that are designated to be central, heavily populated, or adjacent to something desirable (like a celebrity's parcel of land) are selling for considerably larger amounts.

For example, in November 2021, Republic Realm paid 4.3 million dollars for a land parcel in The Sandbox. This came just one week after the Metaverse Group, a subsidiary of Tokens.com, purchased virtual land in Decentraland for 2.43 Million Dollars. 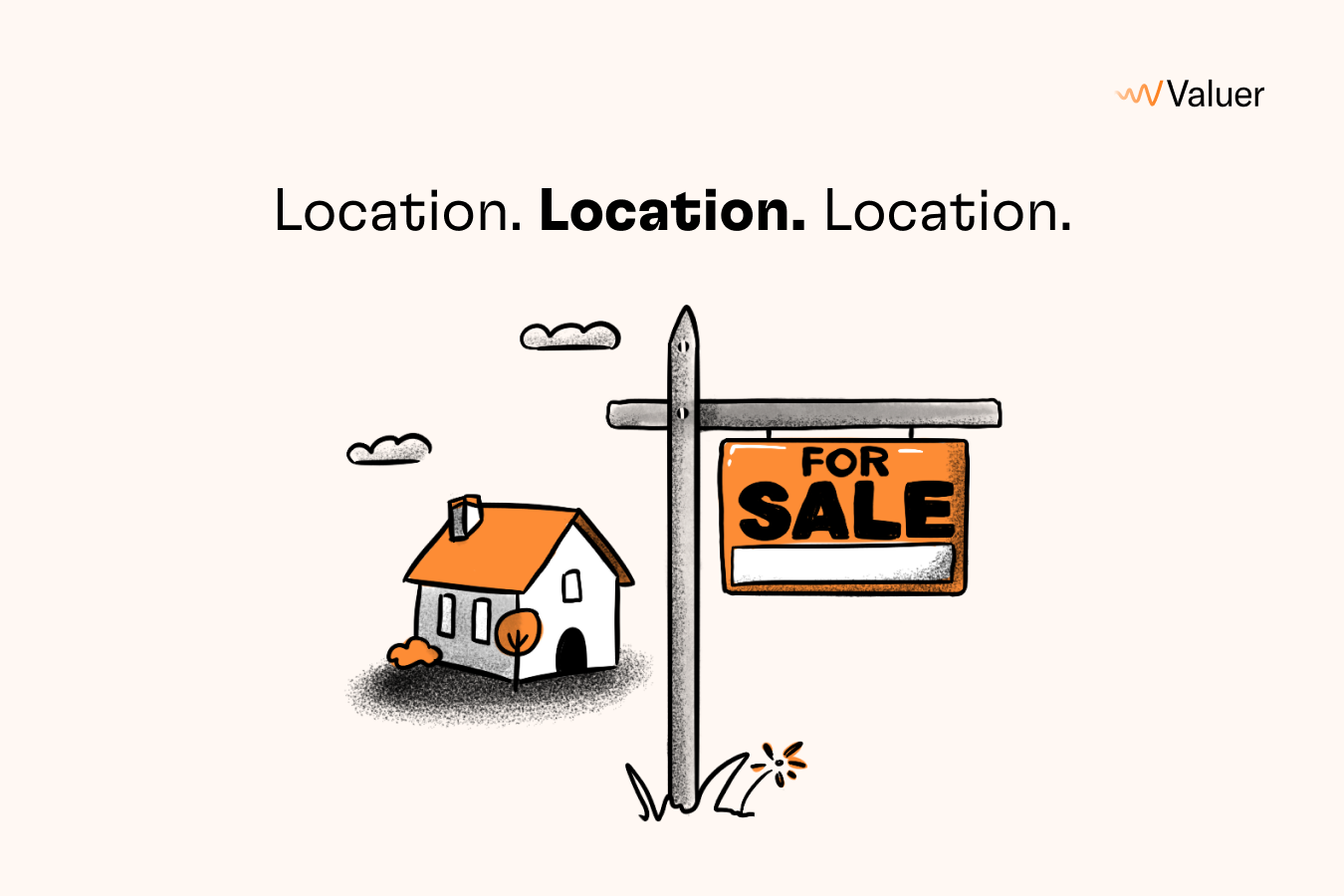 By February this year, sales of land within different Metaverse worlds topped $500 million. In February, someone paid $450 thousand for a small parcel of land in The Sandbox adjacent to a larger section of parcels owned and being developed by Snoop Dogg—aptly given the moniker of the Snoopverse.

If this sounds strikingly similar to the processes of how the real-life real estate market fights and vies for control over the finite amount of land available around the world, you wouldn’t be wrong.

However, there are a couple considerable differences between investment in the “real world” and virtual real estate markets. The first is in the development process, the second is in the regulation.

From land to development

The initial stages of development in virtual spaces in many ways mirror real-world processes. A landowner might hire an architect to analyze the space and create mood boards and architectural designs for potential uses of the land.

However, where this differs is when understanding how both the universe, structures, and its occupants can defy normal physics. Questions like the height, shape, and framework of buildings would have to consider traditional gaming factors like whether “players” avatars can fly, jump height, or even how large a player's avatar can actually be.

It is the consideration of traditional “gaming world” characteristics where we start to see the more specialized architectural expertise being implemented. In fact, this leads to the next step in the development process, when design plans are then given over to a game designer and developer.

There are a number of different gaming engines (or code libraries) that a developer can use to create assets for a gaming world. These engines do not often work together, so the development of architectural assets requires a developer that can then build those assets in the specific gaming engine code.

The second and arguably the most noticeable difference between real-life and virtual real estate is that regulation is determined by the parent company of the Metaverse world and not by governmental oversight.

As anyone that has monitored the cryptocurrency market over the years will know, it is highly volatile and highly speculative. Due to the fact that many of these Metaverse worlds are tied to cryptocurrencies, they intrinsically share the same high-risk, high reward characteristics.

These Metaverse land parcels are both subject to the up-and-down nature of crypto markets and also the risk that specific Metaverse worlds—or areas within that world—lose popularity.

However, it’s the wild-west, gold-rush nature of this market that is attractive to many of the first-movers in the Metaverse. For those that made themselves exceedingly rich by investing in crypto 5-10 years ago, this presents a natural evolution to their investments and another dopamine fix for those that take pleasure in risking it all on heavily win or lose markets.

By and large, these Metaverse worlds started off as playgrounds for the Crypto-rich. However, the massive uptick in online presence during the pandemic and Facebook changing itself to Meta have recently brought these playgrounds a little further into the commercial limelight.

There are now dedicated virtual-real estate companies that are diversifying and investing in numerous Metaverse worlds in order to maximize the potential of these land parcels that continue to appreciate as the Metaverse hype continues to grow. Of course, this also reduces their risk should the specific cryptocurrency crash or a metaverse world lose popularity.

According to crypto giant Grayscale Incorporated, they estimate the metaverse to one day be a $1 trillion opportunity, and many are betting on the potential for big brand deals and advertising on virtual land they own.

Every day there are more and more reports permeating the newswire of huge investments in tech and innovation related to the Metaverse. Of course, these reports spark even more speculative journalism around the investment potential, which arguably you could place this article under.

It is obvious that the idea of the Metaverse is going to be a fundamental part of humanity's future, and in many ways, all the hype around it is creating a kind of self-fulfilling prophecy. But like the innovations that occurred during the transition from Web 1.0 to Web 2.0 or how social media completely changed the advertising industry, being a first mover doesn’t ensure success.

Just as in those examples, regulation is often lagging behind those bold technological leaps. So smart investment in virtual real estate (and in the metaverse in general) should come off the back of deep research into your personal risks versus the potential rewards. 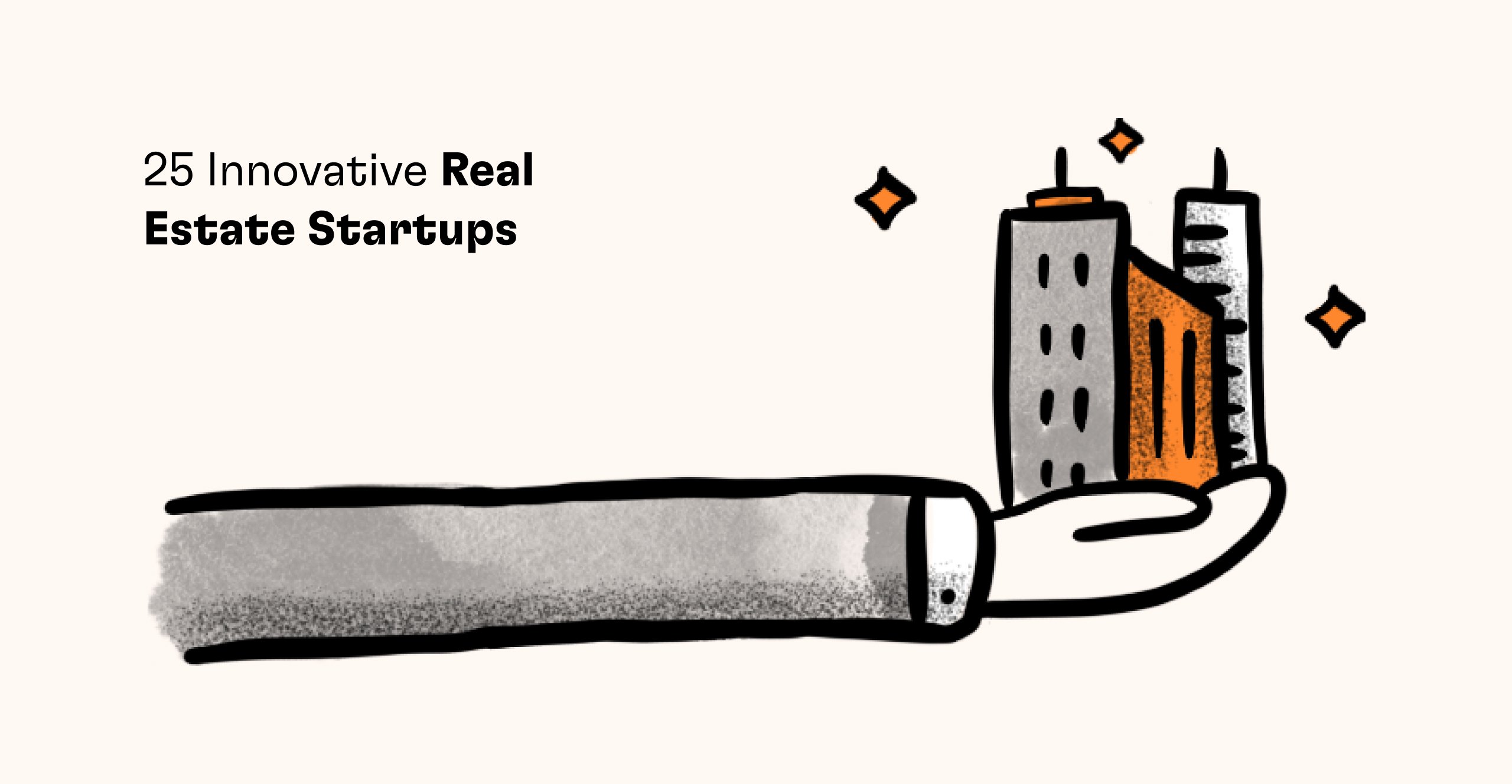 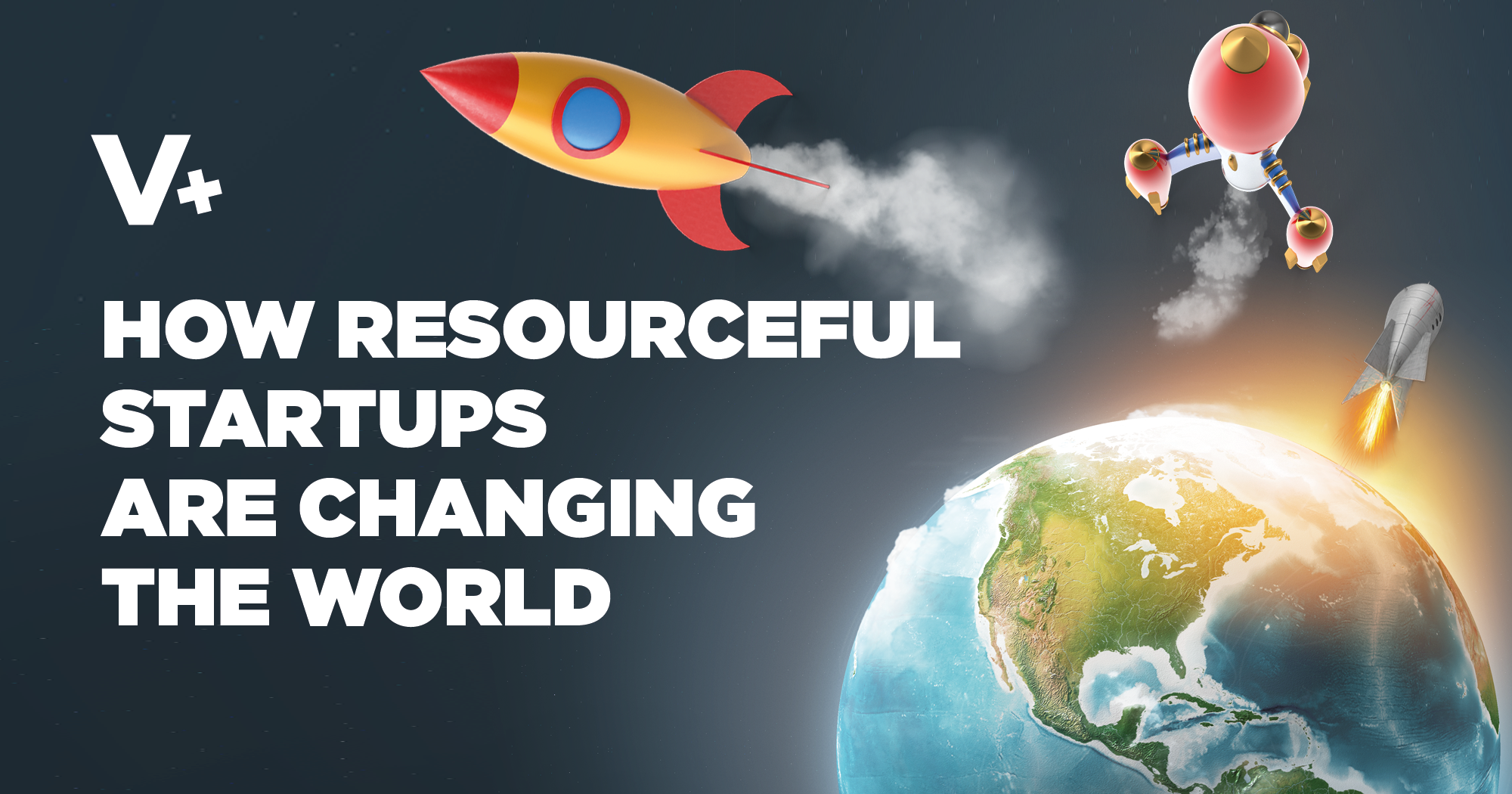 Startups That Are Changing the World and How They Did It
Tags:
Startups innovation startup culture
Jun 20, 2019
4 minute read 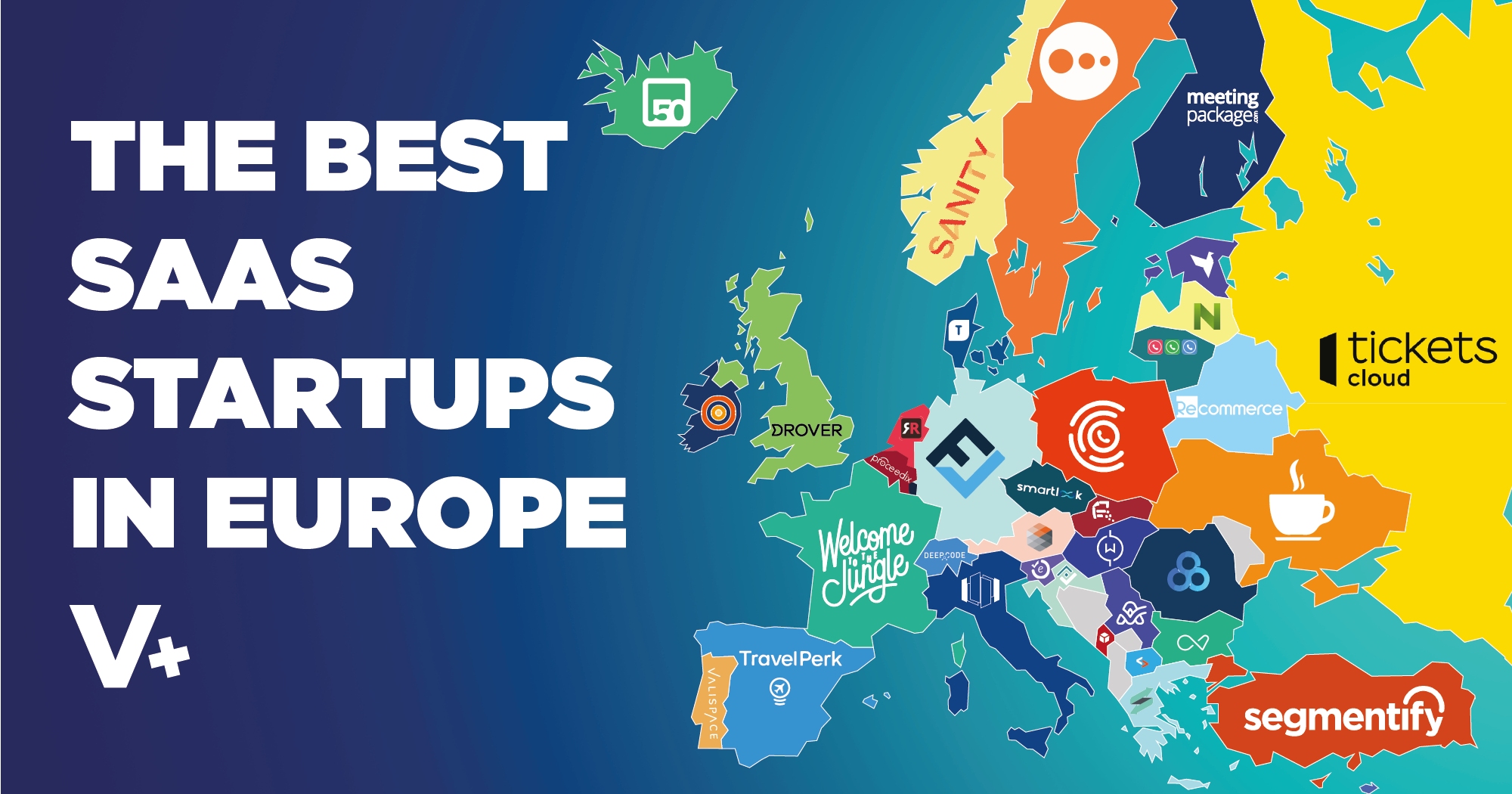 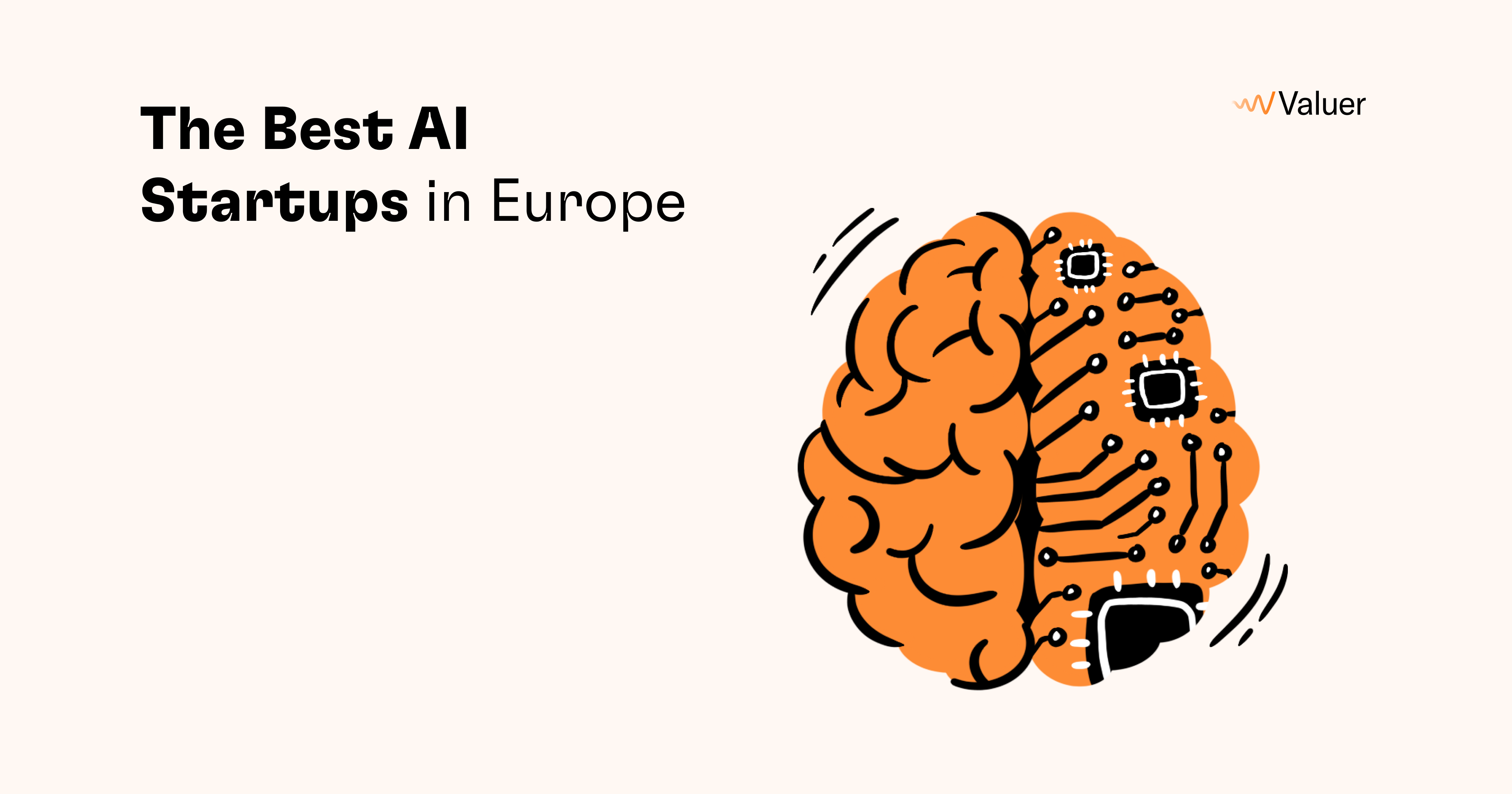 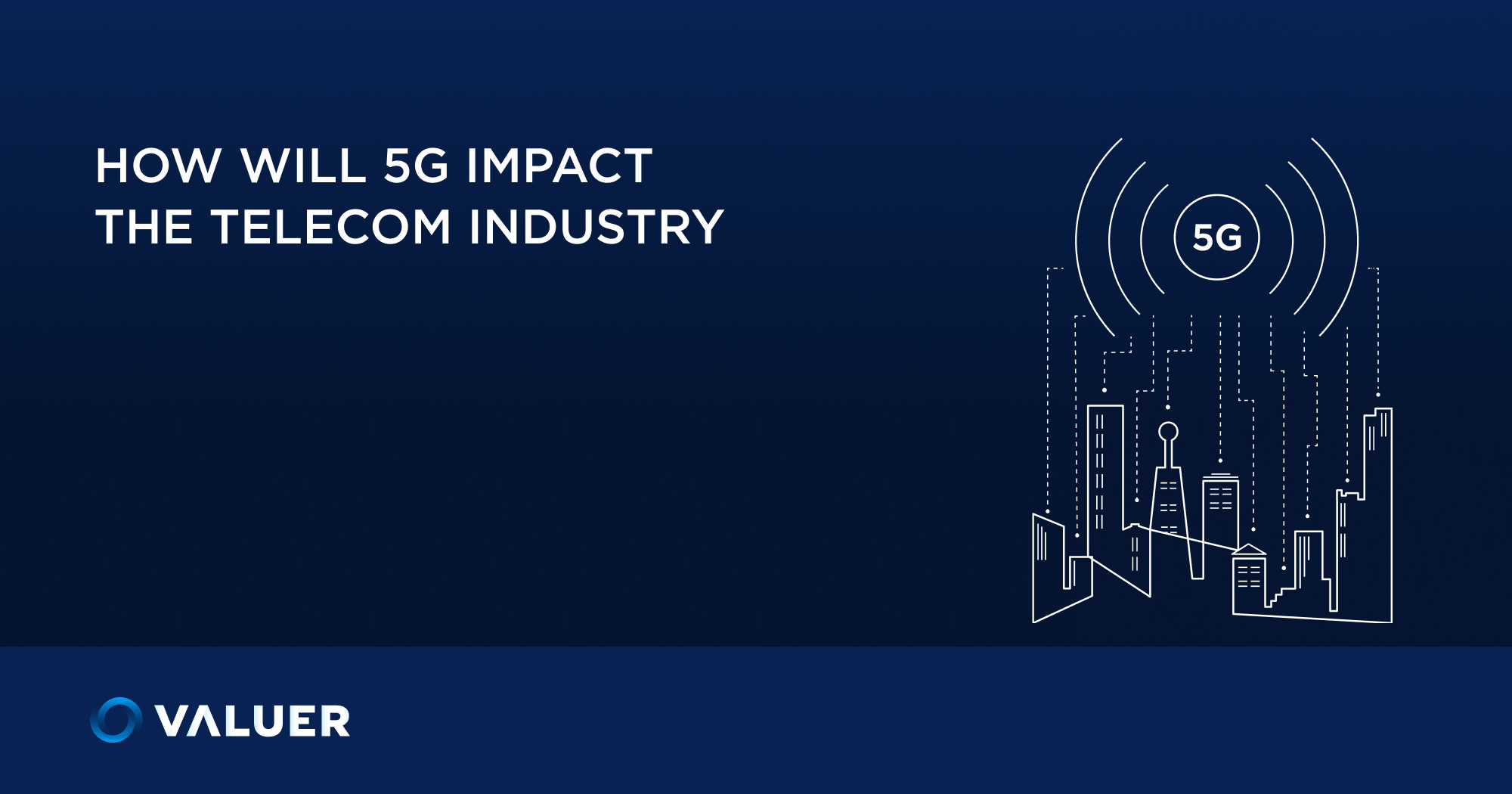 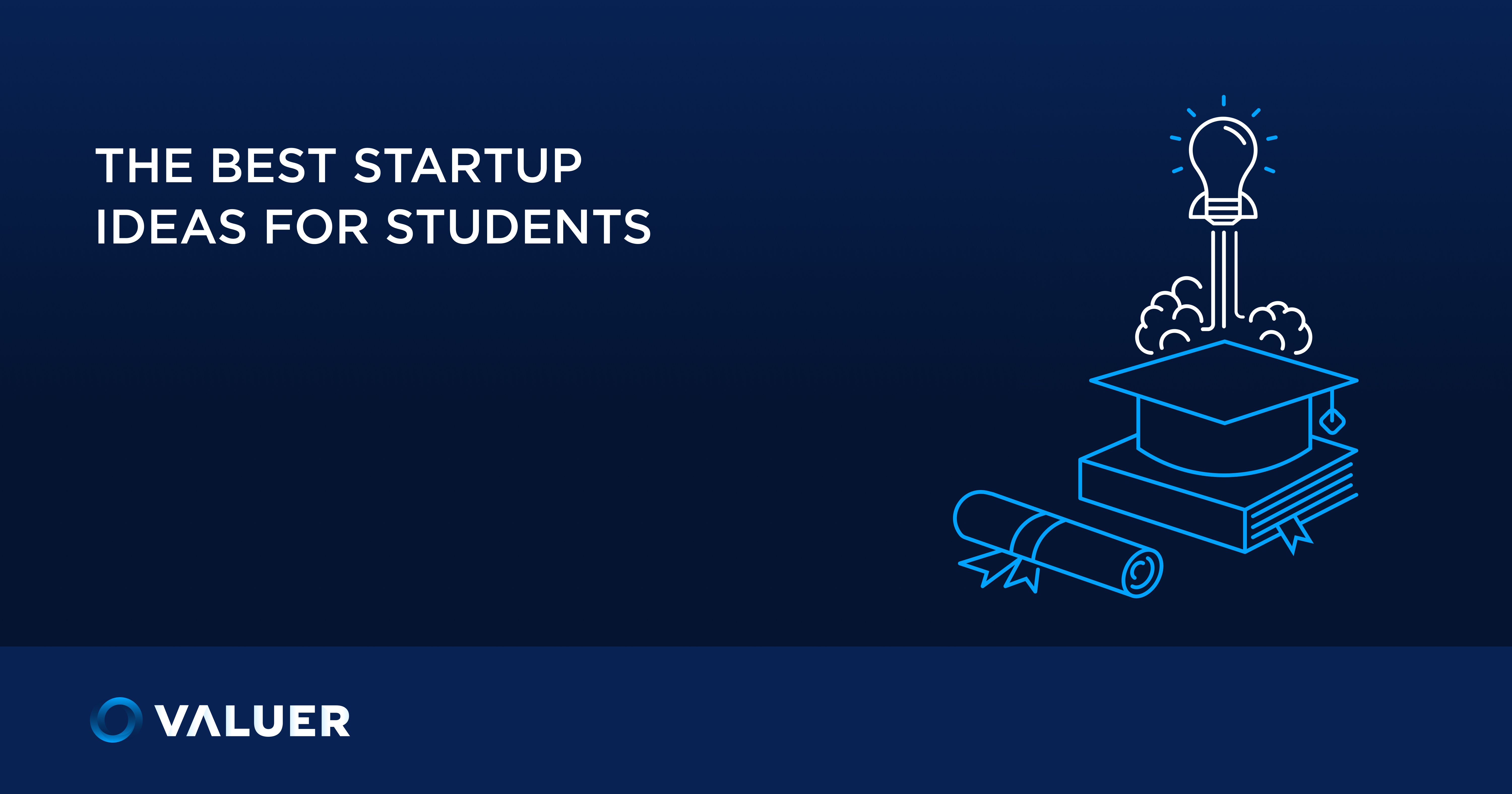 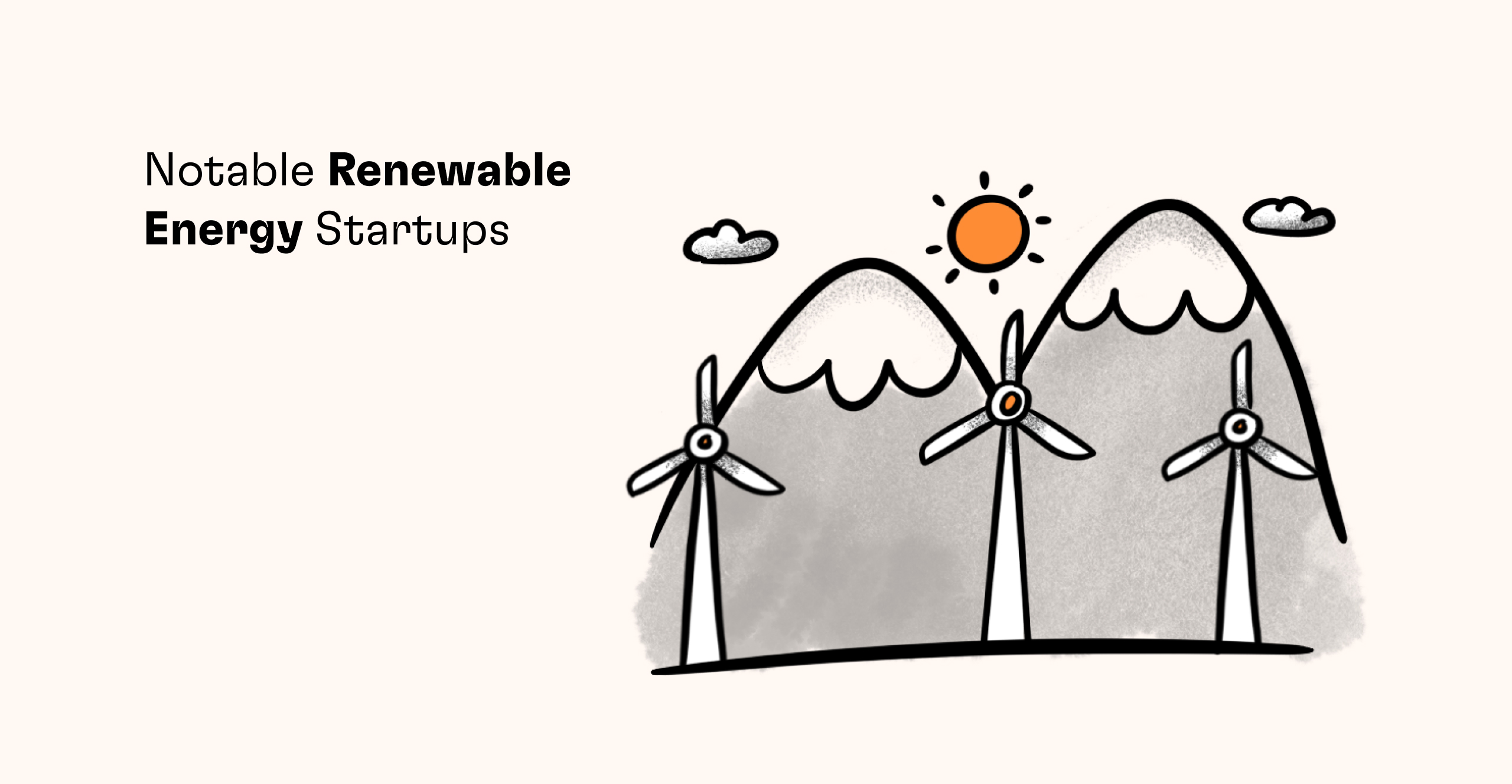